Thousands of retired city workers are protesting over a proposal to switch their Medicare benefits to a Medicare Advantage plan, a program in which public benefits are administered through private insurance companies. The Municipal Labor Committee (MLC), which negotiates on behalf of unions representing city workers, is expected to vote on the proposal Wednesday morning.

The move will affect some 250,000 municipal retirees, hundreds of whom marched in protest against the changes in Manhattan last week in the midst of a heat wave. Some critics are concerned that access to doctors will decrease and out-of-pocket costs will rise under the new plan, while other city retirees lament that they haven’t been able to evaluate how the change will affect them because the deal has been made behind closed doors.

“They should have involved us a year ago when the city was first putting together the request for proposals,” said Stuart Eber, president of the Council of Municipal Retiree Organizations.

His group launched a petition in March to preserve existing benefits and involve retiree organizations in the process of making any changes. It had notched nearly 25,000 signatures as of Tuesday afternoon.

Currently, municipal retirees have access to Medicare, the federal program that provides health insurance for people older than 65. The city pays retirees’ monthly premiums for Medicare Part B, which covers outpatient care. It also provides supplemental coverage for services not covered by traditional Medicare. Shifting retirees onto a Medicare Advantage plan would save more than $500 million annually without significantly altering access to care, according to the Municipal Labor Committee.

The committee first agreed to work collaboratively with the mayor’s office to reduce ballooning health costs in 2014. The latest maneuver is part of a broader health care savings plan Mayor Bill de Blasio announced in June 2018.

Wednesday’s vote will decide whether to award a city contract for a custom Medicare Advantage plan to The Alliance, a collaboration between EmblemHealth and Empire BlueCrossBlueShield.

The Municipal Labor Committee has sought to assure members that the plan under consideration would preserve existing benefits without raising individual costs.

“To ensure quality care and premium-free health coverage for our retirees, the MLC has developed our own group Medicare Advantage Plan—a plan unlike any other MA program in existence,” the labor committee said in materials sent to union leaders.

According to the documents, the savings would be generated through federal subsidies that are available exclusively to Medicare Advantage plans because they reduce the government’s administrative costs.

But some who will be affected by the change say they are wary of any plan under the “Medicare Advantage” label.

Eber and other retirees who spoke to WNYC/Gothamist worried that any savings would stem from the Medicare Advantage plan delaying or denying coverage for necessary care.

Michael Mulgrew, president of the United Federation of Teachers and executive vice-chairman of the Municipal Labor Committee, is among the prominent union leaders who support the switch. He has said that retirees’ comparisons of the city’s custom plan to other Medicare Advantage plans on the market are misguided.

Other union leaders have raised concerns, however. James Davis, president of CUNY’s Professional Staff Congress, issued a statement Monday calling for the vote to be postponed because he didn’t have enough time to review information about the contract. He said he wasn’t provided a copy of the contract itself, but details of the new plan were provided to union leaders last Thursday.

“Our members are deeply troubled by the MLC’s rush to vote on this proposal,” Davis said in his statement. He added, “This austerity measure opens the door to further cost-cutting and diminished benefits in future contracts.”

WNYC/Gothamist was unable to get a comment on the upcoming vote or protests over the proposed changes from Mulgrew or other leaders of the Municipal Labor Committee, including Harry Nespoli, president of the Local 831 Uniformed Sanitationmen’s Association, and Henry Garrido, president of D.C. 37.

If the new health plan is approved, it will go into effect in January 2022. 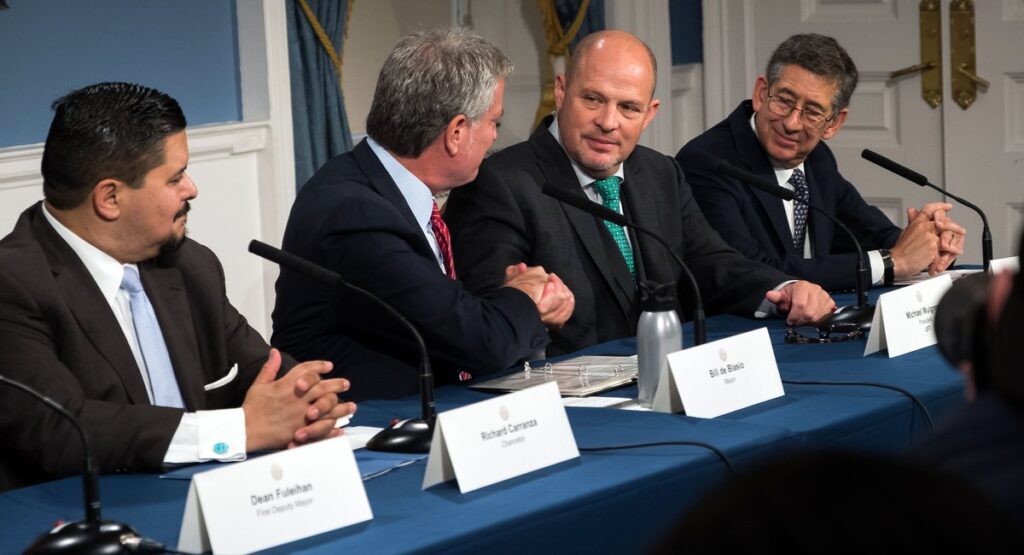 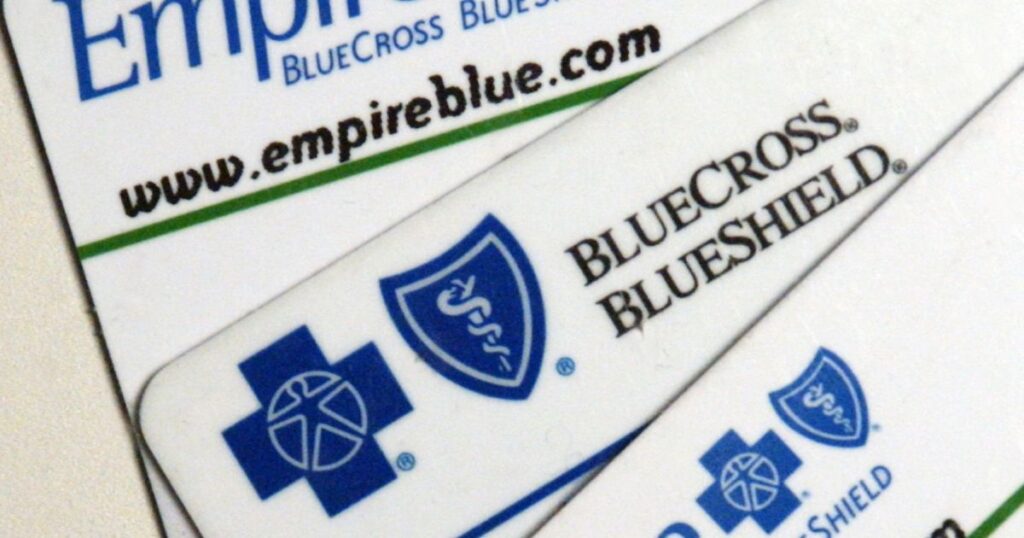