Ahead of UFC 278, Luke Rockhold aired his grievances with the promotion, citing unfair fighter pay, antiquated bonus structure, managers with conflicts of interest, and a lack of longterm healthcare for fighters. The former UFC champion says he’s unafraid to speak out about the promotion’s various issues, because unlike others, he has “nothing to lose” and doesn’t “need this business” because of his other outside ventures.

“That’s something we’ve been working on since day one,” White told TSN about health care (transcribed by MMA Junkie). “While they’re fighting here, these guys are very well taken care of, and so is Luke Rockhold.”

“Luke Rockhold was above and beyond taken care of with the issues that he had here,” White said. “I don’t give a s—t what health insurance plan you have, they would have never covered the things that we covered for Luke Rockhold when he was going through his stuff. Everything he said was absolute f—king gibberish and absolute bulls—t.”

White also went on to defend their “unbelievable healthcare” by saying that they hire experts to fix up those who sustain cuts during their events.

Does UFC helping out Rockhold with issues — which White himself said was unrelated to actual health insurance — mean that he should be indebted and all the other fighters don’t need or deserve better health benefits anymore?

And did White, who has been UFC President for two decades, really claim he has been working on long term healthcare since day one?

I’m not sure what the hold up has been, but it’s worth noting how in 2021, White walked back social media comments about fighters having healthcare benefits “soon.” He then followed up by saying giving fighters “healthcare forever” would be “pretty f—king crazy.”

When asked about CTE and longterm brain damage many UFC veterans are facing, White previously said it’s just “part of the gig” and everyone — including himself — is “dealing with brain issues” because he used to spar. 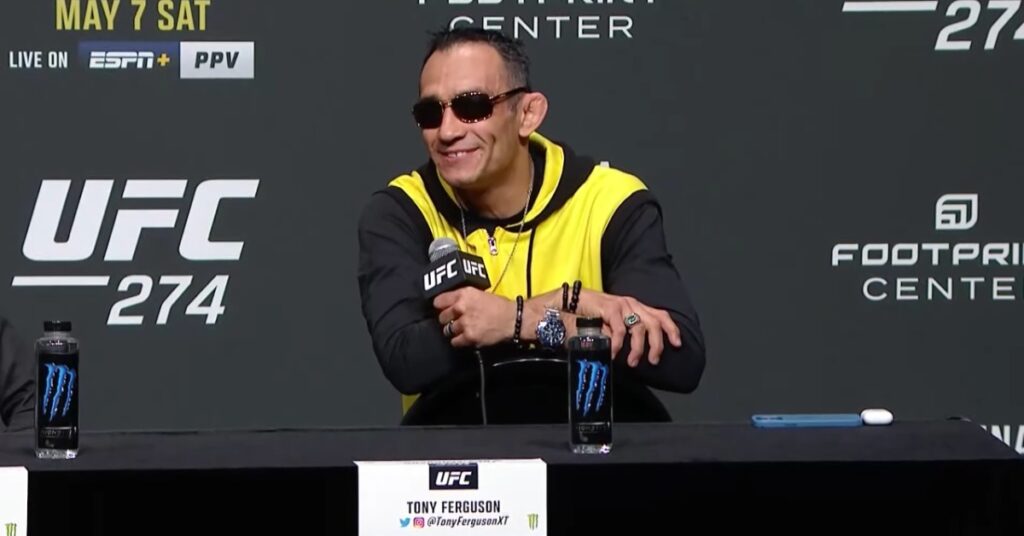 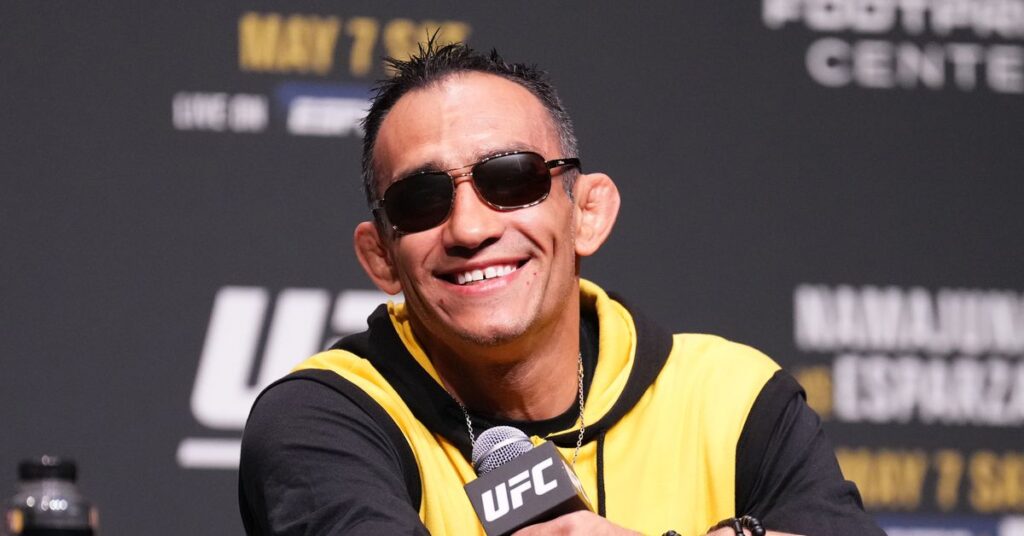 Photo by Chris Unger/Zuffa LLC Tony Ferguson didn’t have a lot to say at UFC 274’s pre-fight press conference, but he did make his words…