THERE is a very high return on investment in healthcare. The social return on investment calculus includes not only financial returns but also aspects such as empowerment, social cohesion and political participation, which are assessed in different quantitative and qualitative ways. It looks at returns generated not only for the investor but also society as a whole. A historical economic analysis has shown that between 1970 and 2000 at least 11 per cent of economic growth in low- and middle-income countries was just a consequence of reduction in adult mortality during this period.

From the perspective of universal health coverage, essential health services must cover the entire population, without discrimination, giving priority to the most vulnerable. In mixed health systems like ours, government spending on health is far less than the lowest international threshold. Consequently, around 60 per cent of healthcare spending constitutes out-of-pocket expenditure. With around half the population living in poverty, out-of-pocket spending by the poor can spell disaster.

If a member of a poor family falls sick and requires hospitalisation, the family quickly goes bankrupt. Those slightly above the poverty level slide into extreme poverty and for the already poor it is a catastrophe. WHO and the World Bank have jointly declared that globally 100 million people are pushed into extreme poverty every year because of health expenses.

Stark realisation of the situation led the previous government and the current one to invest in this area. The Sehat Sahulat Programme has not only sustained a political change but expanded over the last three years. It was a sign of maturity that what was called the Prime Minister’s National Health Programme became the Sehat Sahulat Programme and what was called the Sehat Insaf Card became the National Health Card or Qaumi Sehat Card.

Essential health services must cover the entire population, giving priority to the most vulnerable.

Social health insurance in Pakistan started out by protecting the poor against out-of-pocket expenditures through a prepaid arrangement. KP made it universal and the federal government took affirmative action by making it available to the entire population of Tharparkar, Azad Kashmir and erstwhile Fata. Until June 2021, around 18 million poor and non-poor families ie around 81m people (37pc) in Pakistan had been enrolled in the programme. Families living below the poverty line are identified using the National Socio-Economic Registry of the Benazir Income Support Programme’s poverty database that is linked with Nadra.

The Sehat Sahulat Programme at present provides health insurance only to those who require hospital admission. The programme covers a broad range of treatment ranging from minor to major problems including cardiac surgeries, dialysis, cancers and hospital deliveries. The spectrum of services is very generous. In fact, excluding dentistry, cosmetic surgery, implants and organ transplantation (though this is covered in KP) almost every other treatment for which hospital admission is required is covered.

The programme also represents a major public-private partnership. More than 500 private and public hospitals across the country have been enlisted and the insurance benefits are available to any hospital on the panel. The government has outsourced the management of the programme to the State Life Insurance Corporation to whom the federal and Punjab governments pay a premium of Rs1,998 per family per year while the KP government pays a premium of Rs2,849. The company empanels the hospitals and reimburses them for patients’ treatment package costs. The insurance limit of the federal and Punjab programmes is up to Rs720,000 per family per year while that of the KP programme is up to Rs1m. The programme is fully funded through public money. Until now, more than a million hospitalised patients have benefited and the general satisfaction of patients and their families is on record.

Apart from the poor, there are many other marginalised and voiceless groups such as disabled people, the transgender community, the informal sector, labour, those living in remote areas, etc. The programme is gradually expanding to incorporate them too. Disabled people and transpeople have already been included, provided they are registered with Nadra.

Tharparkar, Azad Kashmir, KP (also including the erstwhile Fata areas) and seven districts of Sahiwal and Dera Ghazi Khan Division in Punjab now enjoy universal health insurance, which means that all permanent residents in these areas can benefit from the programme. Plans have been announced for providing social health insurance to all permanent residents of Punjab, Islamabad Capital Territory and Gilgit-Baltistan by December 2021. It is debatable whether the entire population should be provided free healthcare. In future, middle-income households must be considered for a co-payment system and the rich must pay in full.

The government is showing financial commitment. Every fiscal year, allocations for the programme are being increased. For example, the largest province, Punjab allocated Rs2 billion in FY2019-21 and increased it to Rs23bn in FY2020-21 and upped it to Rs80bn in the current fiscal. The corresponding figures for KP are Rs5.8bn, Rs13.7bn and Rs22bn. Sindh opted out of the programme giving untenable explanations. In reality, it was due to political reasons. Recently, the Balochistan cabinet finally approved the implementation of the social health insurance programme. The provincial leadership needs to transcend political issues instead of denying their populations financial protection for essential healthcare.

Pakistan has taken great strides. Social health insurance systems evolve over decades. Germany, for example, took more than a century to develop its health insurance system. Sehat Sahulat needs further political firewalling. The small-project teams of the federal, Punjab and KP governments have done a wonderful job by developing and implementing the Sehat Sahulat Programme. The latter now needs to be transformed from a project to a national organisation for social health insurance which will continue to conduct research and calibrate programmes to cater to the healthcare needs of the country. The Sehat Sahulat Programme is indeed a success story and the government and people of Pakistan can rightly take pride in it.

The writer is a former SAPM on health and currently serving as a WHO Adviser on Universal Health Coverage. 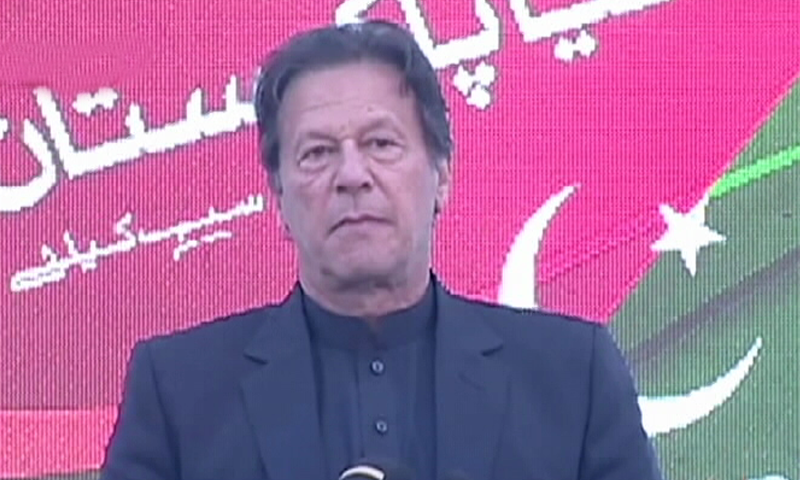 Prime Minister Imran Khan launched on Monday a programme to give health insurance to all residents of Punjab, announcing that by the end of March,…