Alejandra Caraballo, 30, spent three years and countless hours after work — which “felt like a second part-time job” at times — putting together hundreds of documents to get her health insurance to cover her facial feminization surgery.

She even planned to sue her nonprofit employer, the New York Legal Assistance Group, or NYLAG, and the insurance company it used, UnitedHealthcare, in the spring of 2019 for denying the coverage.

“My own clients at NYLAG were getting it covered under Medicaid, no issue,” she said. “And I, having private insurance, was having it consistently denied and, not to mention, working at a place that prides itself on inclusion and diversity and being social justice-oriented in terms of providing direct legal services to low-income New Yorkers.”

She said that she had lobbied for policy change but that when she met with NYLAG’s general counsel, she was told that the organization didn’t view the explicit exclusions for certain gender-affirming operations and voice therapy for transgender people as discrimination.

“It felt really invalidating and just like I wasn’t being heard,” she said, adding that she is a lawyer who knows the case law that affects the issue.

She started preparing her lawsuit, but then, in May 2019, her employer told her that it would be switching insurance plans to Cigna, and she had to start all over again.

After the switch, in July 2019, Cigna approved the first part of her surgery, which took place in October 2019, but when she tried to get the second part covered in June 2020, it denied the claim, she said. The New York Department of Financial Services overturned the decision in August and forced Cigna to cover the surgery, which she had in October.

“I did quite an ordeal in terms of getting this covered, and I say this with the tremendous privilege that I’m an attorney who’s connected in the trans rights movement,” said Caraballo, who is now a clinical instructor at Harvard Law’s Cyber Law Clinic.

NYLAG said that Caraballo was “a valued member of our team” and that it advocates alongside its team members “as they may experience and navigate life’s systematic inequalities and inequities.”

“At NYLAG we aim to create an environment that supports all NYLAG employees during their employment, which includes making available the best options for insurance, qualified by the state of New York,” Jay Brandon, NYLAG’s director of external affairs, said in a statement. “We wish all our former employees the best in their personal endeavors and support Alejandra’s continued fight for equitable coverage from her insurance provider.”

A spokesperson for UnitedHealthcare said the company can’t comment on specific cases. The spokesperson said coverage for the treatment of gender dysphoria may include physicians’ office visits, mental health services, prescription drugs and surgical procedures.

“Our mission is to help people live healthier lives regardless of age, race, ethnicity, sexual orientation or gender identity,” the spokesperson said in a statement. “Our customer service advocates are trained to help people navigate the health care system by matching them with experts who guide them when they have questions, and we have a special gender identity team to support members through their transition.”

A spokesperson for Cigna said gender-affirming treatments “are covered in all of our standard commercial health plans when medically necessary.”

“As this field evolves, we’re seeing more of our clients opt to expressly include additional procedures like facial feminization surgery and voice therapy,” the spokesperson said. “We also regularly evaluate and update our gender dysphoria coverage policies, informed by the latest clinical guidance and expert consensus, including leading organizations like” the World Professional Association for Transgender Health, or WPATH, a nonprofit organization devoted to treating and understanding gender dysphoria.

Caraballo’s experience echoes that of many transgender people who have tried to get gender-affirming care, particularly operations, covered by their insurance — whether it’s publicly or privately funded. Trans people describe months and sometimes years of effort to get their insurance companies to cover care recommended by their doctors.

Although many insurance companies and some politicians describe gender-affirming surgery as cosmetic, major medical organizations say it is medically necessary.

Surgical intervention is one of many treatments for gender dysphoria, which refers to the psychological distress that results from an incongruence between one’s sex assigned at birth and one’s gender identity, according to the American Psychiatric Association.

WPATH, which is considered the governing body on the issue, wrote in a “medical necessity statement” in 2016 that “medical procedures attendant to gender affirming/confirming surgeries are not ‘cosmetic’ or ‘elective’ or ‘for the mere convenience of the patient.’”

“These reconstructive procedures are not optional in any meaningful sense, but are understood to be medically necessary for the treatment of the diagnosed condition,” WPATH wrote. “In some cases, such surgery is the only effective treatment for the condition,” and for some people, genital surgery, in particular, is “essential and life-saving.”

Despite the medical necessity of gender-affirming care as stated by physicians, many trans people who have insurance — about one-fifth have reported that they don’t — say they have struggled to get coverage.

Dallas Ducar, CEO and a co-founder of Transhealth Northampton in Massachusetts, said she was shocked by the “endless barriers that exist for patients seeking to transition.”

“For cisgender individuals, hormonal replacement, puberty blockers are really easily accessible, and they’ve been used in the past to treat precocious puberty,” she said. “Hormone replacement therapy has been beneficial for endocrine, cardiovascular conditions, and trans people are burdened with paperwork, psychiatric assessments, insurance pre-authorizations.”

She said that most of the people in power — clinicians, politicians and people who work for insurance companies — are cisgender, meaning they identify with the genders they were assigned at birth, and that they have created systems that have reduced access to quality gender-affirming care.

“Those barriers that exist and that numerous amount of paperwork or assessments that you have to go through are really, really harmful, and they add to the layers of discrimination that exists within the trans community,” she said.

Alex Petrovnia, 24, and his partner, who are both transgender men living in central Pennsylvania, faced barriers similar to Caraballo’s when they tried to get UnitedHealthcare to cover their hysterectomies. Petrovnia said that twice — in February and in April — United called them less than 24 hours before their operations and said their claims had been denied. The first time, Petrovnia said, the company said it was because Petrovnia and his partner hadn’t sent the required paperwork, even though Petrovnia said he had faxed it three separate times months in advance.

Petrovnia had received two letters — one from a doctor and one from a therapist — confirming that a hysterectomy was necessary for his gender dysphoria, but he said the UnitedHealthcare representative told him that he needed a letter from another therapist.

He said that the second time their operations were denied, UnitedHealthcare called them when they were on their way to the hospital — just hours before their scheduled procedures — and said they were required to have been on hormone replacement therapy for one year before they could get hysterectomies. Petrovnia said the policy he had at the time said the requirement was only six months. He wrote about the experiences on Twitter.

He and his partner have been on hormone replacement therapy for a year as of last month, so he said they plan to try to reschedule the procedures for December.

“If they’re willing to just make up the rules and contradict their own rules, it’s very difficult to have hope that it’ll work out, especially since it’s been canceled less than 24 hours in advance twice now,” he said.

That meant that when Jamie Traeger, whose spouse is an officer in the Army, filed a claim to get a double mastectomy in early 2019, TRICARE denied it outright even though three doctors had said the procedure was medically necessary.

Traeger, who uses gender neutral pronouns, said that they considered getting a job at Starbucks so they could have insurance that would cover the procedure but that they and their spouse decided to take out a $10,000 personal loan, instead.

“I just remember thinking this is crazy — that Starbucks has better trans health care than military family members,” they said.

Traeger, 32, said they were able to get a hysterectomy covered in 2016 because they emphasized that it would treat their uterine fibroids and avoided any mention of gender dysphoria.

“I remember the doctor saying, ‘I’m going to write this [claim] up in a very specific way, because if I indicate that this is because of gender dysphoria, TRICARE might give us a problem,’” Traeger said.

Traeger said they were happy when they saw the news in July that the Department of Veterans Affairs was changing its policy to cover all gender-confirmation procedures for trans veterans.

It’s “fabulous and long overdue,” they said. “But I just remember having this sinking feeling of … we’re getting left behind — the spouses and children of active-duty service members are getting left behind. We don’t have access to this care, and I feel like no one really knows that.”

The Military Health System, which oversees TRICARE, hasn’t responded to a request for comment.

No one policy governs how insurers cover gender-affirming procedures.

“A clear federal protection for gender identity and sexual orientation would eliminate this sort of patchwork issue that we’re facing in the states right now,” Dawson said. “But right now that environment is in flux.”

The Biden administration has yet to issue a new rule regarding its interpretation of Section 1557. In the meantime, the Office of Civil Rights at the Department of Health and Human Services said it would enforce Section 1557 to prohibit discrimination based on LGBTQ status. That, however, requires people to file legal complaints, which Dawson said is “kind of a patchwork approach to equity.”

Some cases regarding state health plans are still ongoing: The 4th U.S. Circuit Court of Appeals ruled this month that trans people who are enrolled in the North Carolina State Health Plan can sue over the state’s 2018 policy that excludes all coverage for gender dysphoria counseling, hormone therapy, surgical care or other treatment.

Blue Cross and Blue Shield of North Carolina also changed its policies in July to include coverage for gender-affirming facial surgery and voice therapy as medically necessary care.

Forcing insurance companies to cover all gender-affirming care, including operations, would be difficult, said Caraballo, the former NYLAG lawyer, because the issue is a “classic public policy marble cake,” meaning it’s governed by state, federal and sometimes local laws.

She said the Department of Health and Human Services’ Office of Civil Rights could address the issue in a few ways. One of the easiest would be for it to use its enforcement authority to crack down on insurance companies that exclude coverage for gender-affirming care, she said.

States could also pass their own legislation. She cited Washington, which passed legislation in May that requires all insurers in the state to cover gender-affirming care, including operations.

She said that, in the end, she got her surgery covered but that her case is an outlier.

“There’s so many people that are going through the same thing,” she said. “I’ve spoken with so many people who, they see those exclusions, they don’t even try.” 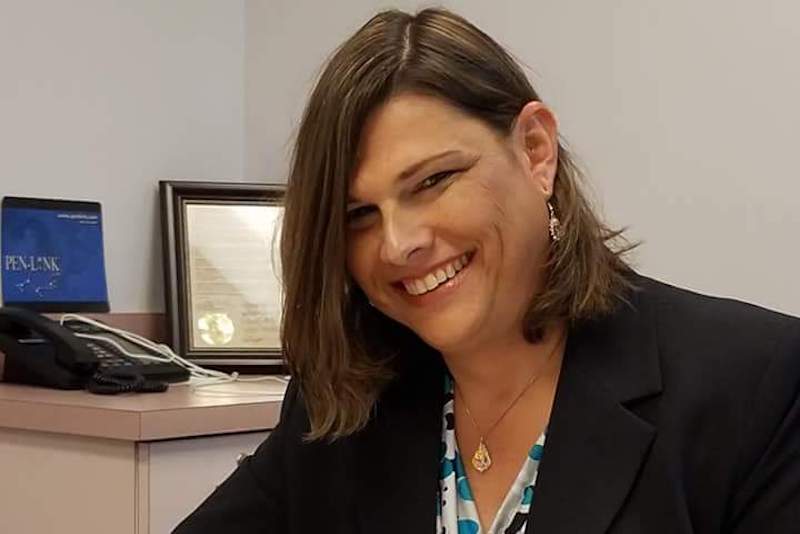 A federal court in Georgia has ruled that employers who exclude gender-affirming medical care from their health insurance coverage are violating federal law. The decision,… 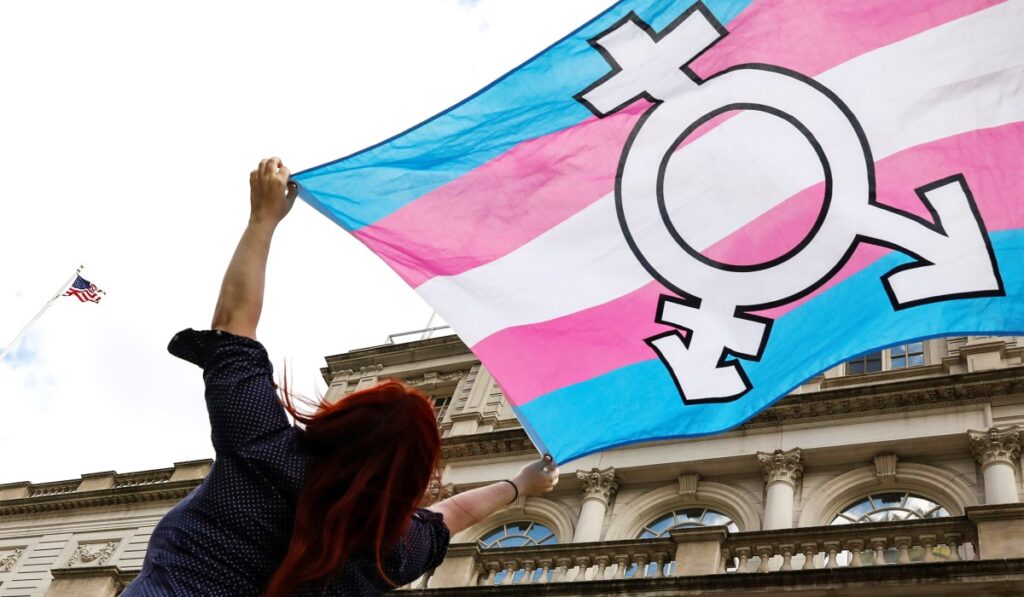 I missed this when it happened in December, but it is worth noticing now. California’s Insurance Commissioner has decided that health-insurance companies must pay for…