Since the George Floyd protests began last May, they morphed into a much broader movement that began exposing a problem this country has suffered from for a long time. The system of law enforcement in this country has morphed into a militarized standing army, preying on the poor, and rife with corruption. Naturally, people are pissed and this anger is finally morphing into solutions.

Unfortunately, much of the calls for change were washed away with the largely aimless “defund the police” campaign that provided lots of talking points but no tangible solutions. But the news is not all bad. Some lawmakers are moving forward with significant changes that will be magnitudes more effective than simply calling for “defunding the police.”

To lower the likelihood of future chaos, America’s system of law enforcement needs this radical change. Instead of random chants, the discussion we should be having is how to fix this broken system. It is not difficult, it is based in logic and reason, and its effects would be significantly felt almost overnight.

For nearly a decade, the Free Thought Project has been advocating for police officers to carry their own personal liability insurance like doctors. Now, it is finally catching on.

A bill proposed in Utah, H.B. 367 would require cops to carry their own personal insurance which would place the burden of lawsuit on them — not the taxpayers.

According to the bill:

A bond described in Subsection (1)(a) shall be sufficient to satisfy the maximum statutory limitations on damages described in Title 63G, Chapter 7, Part 6, Legal Actions Under this Chapter – Procedures, Requirements, Damages, and Limitations on Judgments.

“We want to root out the bad apples, in other words,” said Rep. Brian King (D-Salt Lake City), the bill’s lead sponsor. “We want to balance the scales evenly to require accountability and personal responsibility from the police officers, while at the same time make it difficult for people to file frivolous lawsuits and get anywhere with that,” he said.

The bill would have the departments pay for each officer’s insurance, which would be similar to that of malpractice insurance carried by doctors. If the cop violates a citizen’s rights, the policy would pay out.

If a person injured or damaged by the unlawful, negligent, or improper conduct of a peace officer while on duty is permitted by law to bring an action against the peace officer, the person may recover damages from the applicable bond or insurance policy required under this section.

The bill goes further than insurance too. It revamps qualified immunity for police officers that defines “any” deprivation of rights — regardless of precedent — as a violation. It also specifically states that cops are required to step in and stop fellow cops if that cop is “using physical force that exceeds the degree of force permitted.”

If they do not stop their fellow cop, they are also liable. These are the radical changes the system needs.

As TFTP has reported, in New York City alone, a lawsuit is filed against the NYPD every 2.5 hours. This has cost the taxpayers of New York hundreds of millions of dollars over the years. This has to change.

Police officers, even when found at fault for their abusive actions, are almost never held personally liable. It is the taxpayers who foot the bill. However, with bills like this one, all that can change overnight by requiring cops to carry their own insurance.

Imagine, for a moment, the result of all police officers being held personally liable for their actions and forced to pay their victims. In nearly every other profession on the planet, if someone hurts someone else while on the job, they are held liable — personally. Why can’t cops carry personal liability insurance just like doctors?

Naturally, cops are already resisting being held personally responsible. The Fraternal Order of Police in Utah, has begun a fear mongering campaign, stating that if this bill passes, there will be no more cops. The FOP posted the following statement on Facebook.

This bill was just introduced before the House.
This could change the course if Law Enforcement forever. Want to see a mass exodus of Officers. Let this bill pass.
Imagine being so afraid of accountability that you wouldn’t want to carry personal liability insurance.

As instances of police brutality and police killings continue to be exposed, there is no doubt that the US is in dire need of reform. The simple requirement for police to be insured for personal liability is an easy fix — especially to remove repeat offenders from the force. Those who resist such logical measures simply don’t want to be held accountable.

All too often, when a tragic death such as George Floyd occurs, later — as was the case with Derek Chauvin — we find out that the officer should have never been given a badge and a gun in the first place because of their past. However, insurance companies, who can’t fleece the taxpayers to pay for problem cops, would have to come out of pocket to pay for them and would make sure that these officers are uninsurable.

There are likely many cops out there right now who would be denied insurance coverage by any company, due to their track records. A requirement for personal liability insurance would, quite literally, weed out problem officers — almost overnight.

Spread the love Since the George Floyd protests began last May, they morphed into a much broader movement which began exposing a problem this country… 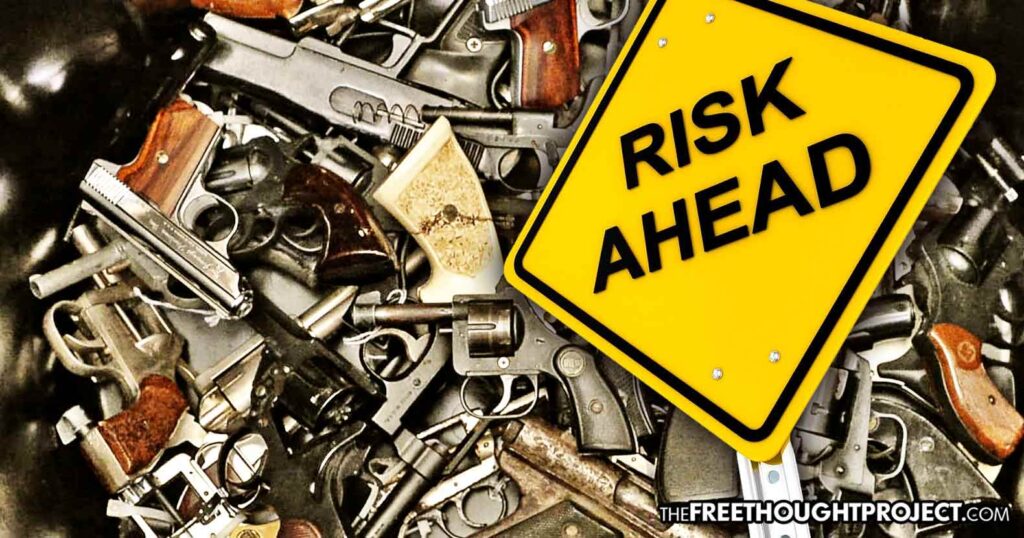 Spread the love San Jose, CA — In what’s being touted as a first of its kind action in the country, gun owners in San…