NYU professor of bioethics Arthur Caplan, a guest on CNN Wednesday, said it is time to “shame” and “blame” unvaccinated Americans, adding that society should “penalize” them in a variety of ways, including higher hospital bills and insurance premiums.

“I want us to act as a community. I want us to act as a team. We’re fighting a war and need all hands on deck. I don’t want to reject those who still haven’t done the right thing. I’ll condemn them. I’ll shame them. I’ll blame them, but I don’t want to exclude them,” Caplan replied, before detailing his desire to “penalize” unvaccinated Americans and implement more coercive tactics to corner them into getting the shot.

They’ve got to come around. Were not going to win this war — we’re going to be talking about COVID this time next year if we don’t get more people to do the right thing. So we can’t write them off. We can penalize them more. We can say you will have to pay more on your hospital bill. You can’t get life insurance or disability insurance at affordable rates if you aren’t vaccinated. Those companies should not treat us as equals in terms of what the financial burdens are that that disease imposes.

“So there’s this bizarre irony where the ones who are behaving are the ones being told to behave 10 times more so,” he added.

The Biden administration has also aimed to penalize unvaccinated Americans via what amounts to a work tax in the original Occupational Safety and Health Administration’s (OSHA) emergency temporary standard (ETS) rule, which places the burden of frequent testing costs solely on the employee. 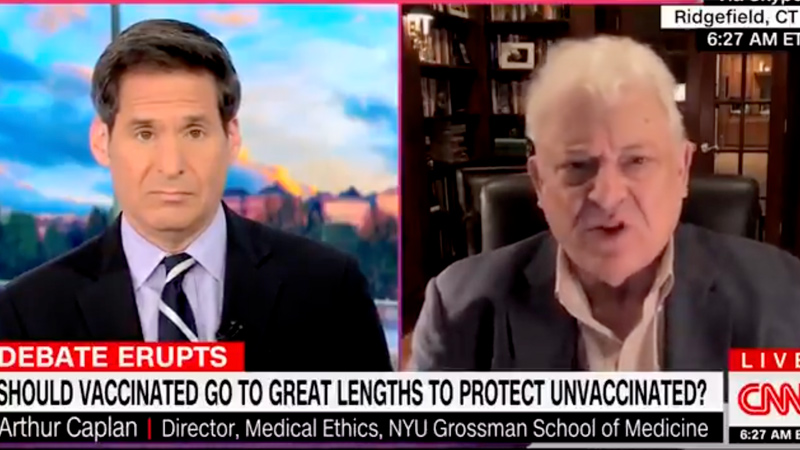 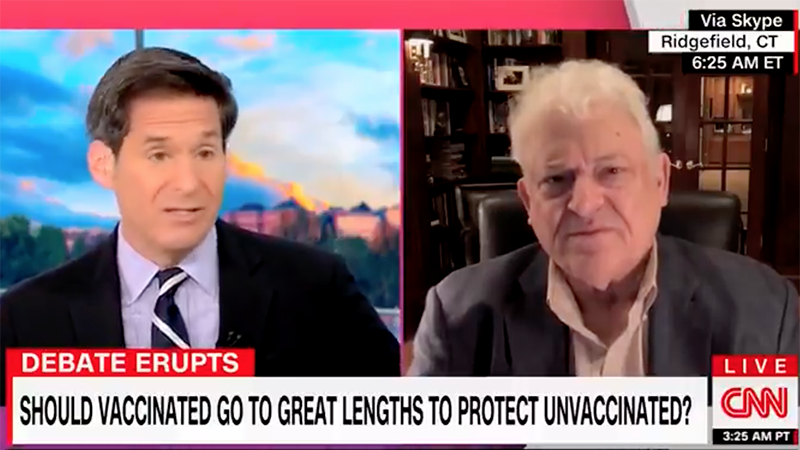 This is CNN. The network wheeled out professor of bioethics Arthur Caplan Wednesday who called for a raft of extreme actions to be taken against…