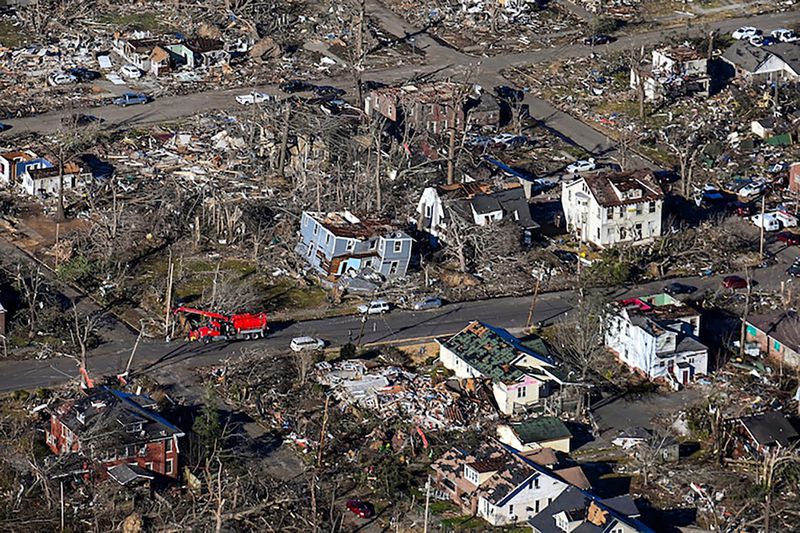 Much of Mayfield, Ky., was destroyed by a tornado on Dec. 10. Washington Post photo by Joshua Lott.

“I noticed that our mortgage had gone up $100 on a $1,250 mortgage,” he said. “So, I looked into it. First, I called the mortgage company and they said, ‘It’s costing a lot more to insure your house. Talk to [the insurance company].’ So then I called USAA and said, ‘What’s going on?’”

Across the country, homeowners renewing their policies are discovering that rising material costs, supply chain disruptions and climate change are combining to drive premiums up by an average 4% to an average annual premium of $1,398, according to the Insurance Information Institute, a nonprofit organization known as Triple-I that provides information on the insurance industry. Triple-I uses data from Standard & Poor’s Global Market Intelligence for its analysis.

Since 2017, premium rates are up 11.4% on average, which means they are rising faster than inflation – and insurance experts expect that the rates will stay high.

“From everything I know about homeowners’ risk, I expected those numbers to be higher,” said Dale Porfilio, the chief insurance officer at Triple-I. “Honestly, I would say they still should go up further.”

Most mortgage lenders require borrowers to carry a homeowners insurance policy. According to a recent analysis by , the average homeowner spends about 1.91% of their household income on home insurance.

The cost of insuring a home depends on several factors. Location often drives costs up, particularly if the house is in an area prone to natural disasters. Some areas have higher rates because it costs more to rebuild a house there. How resistant a house is to natural disaster – for example, if it was built to withstand an earthquake – can affect rates.

When Hoagland spoke to his insurance agent, he learned that the increases in his insurance premium were tied to the rising price of lumber, a severe shortage of skilled labor and inflation. All those factors caused the replacement cost of his house to rise. The insurance company calculated the cost to rebuild his 1871 Tuscan-style house in Berkley Springs, ., which he bought for $265,000 less than two years ago, at $625,000.

“My first instinct was this was some kind of insurance company scam,” Hoagland said. “I called all of the top-rated insurance companies, five or six of them, and said, ‘I’m not sure I want to insure replacement value.’ Every single one of them said, ‘No, that’s the only insurance we provide.’”

“We offer what’s referred to as replacement cost coverage,” said Karen Collins, the assistant vice president for personal lines at the American Property and Casualty Insurance Association, the largest insurance trade association. “We want to rebuild, to replace what you had before. We try to estimate that on an inflation factor. But when you have such an abnormal rate of inflation, those automated processes may not always keep up.”

Rising costs for raw materials, particularly lumber, and supply chain disruptions are adding to the bottom line. When the pandemic hit, lumber producers feared a repeat of the Great Recession. They cut production and unloaded inventory. But demand soared, catching them by surprise. The price of lumber spiked to $1,500 per thousand feet of board in March, a 400% year-over-year increase. The Biden administration’s decision in November to double the tariff on Canadian lumber to 18%, up from 9% during the Trump administration, also affected prices. Canada has been the largest U.S. trade partner for lumber, providing about 30% of U.S. supply.

“Right now, lumber prices are about $900 per thousand board feet,” said Robert Dietz, the chief economist at the National Association of Home Builders. “Domestic lumber production has really not increased in the United States. The economics of lumber tariffs when we’re trying to fight inflation don’t make any sense.”

The supply chain bottleneck has also made refrigerators and stoves more expensive and scarce. A survey by the NAHB of its members in May found shortages of materials more widespread than at any time since NAHB began tracking the issue in the 1990s. Appliances were rated the items most in short supply, followed by lumber.

“It’s taking longer to build, and it’s costing more,” Dietz said. “Using the [Producer Price Index] inflation data, we build a basket of goods that are connected to residential construction, and right now, those prices are up about 19% year-over-year.”

Climate change also is contributing to higher rates. The year began with a devastating winter freeze in Texas, which led to the state’s largest non-hurricane weather loss event. Hurricane Ida, which hit in late summer, is expected to rank among the five costliest hurricanes in U.S. history. It is too soon to calculate the losses from the tornadoes that ripped through eight states in early December.

Porfilio said insured damage from tornados, hurricanes, severe storms, wildfires and other natural disasters has reached $82 billion this year, bringing the total from 2017 until now to more than $400 billion.

“Climate risk is continuing to put pressure on all things weather-related,” Porfilio said. “We are seeing more severe hurricanes, more severe wildfires and the science isn’t as clear on tornado events in terms of whether they’re changing in frequency or not. But what we definitely do know is that severity is going up.”

When a natural disaster affects a wide area, the demand for materials and labor puts pressure on prices.

“What usually happens when you have an event that is destroying or severely damaging hundreds of thousands in a metro area is the building material pricing in those markets tends to be elevated for about six, sometimes as much as nine months,” Dietz said. “You get an increased labor shortage in the market and neighboring markets because a lot of labor and construction know-how goes into the remodeling sector for repair efforts.”

Because of the rash of natural disasters, some insurance companies are offering extended replacement cost coverage at an additional cost.

“After a natural disaster, a widespread incident, [there is] a demand surge … where you have costs that spike because the demand spikes in the immediate aftermath,” Collins said. “So, the normal cost to reconstruct, to replace, suddenly changes. An extended replacement cost endorsement, which is optional, gives you an extra cushion for that demand surge specifically.”

Home insurance costs are rising faster in some states than others. According to data from Triple-I, Colorado experienced a 21% increase in average annual premiums for homeowners insurance from 2017 to 2020. Texas’s rates went up 18% during that time frame, and California’s increased 9.6%. D.C. saw a 3.2% increase; Maryland a 13.4% increase and Virginia 14.8%. West Virginia, where Hoagland has his house, went up 3.1%.

Although insurance companies are filing rate increases to keep up with rising costs, they are being held in check somewhat by state regulators. California is a case in point. Although the state has been ravaged by wildfires, homeowners insurance premiums haven’t kept pace with increasingly expensive claims.

“There are some constraints with how quickly insurers can adjust their rates,” Collins said. “You may have some [states] who haven’t experienced the same amount of rate increases simply because the carriers are still in that process of a negotiated filing that is getting drawn out for a lengthy period of time.”

On its website, Triple-I lists 12 ways in which homeowners can lower the cost of their premiums, including shopping around, bundling home and auto insurance, making the home more disaster-resistant and improving the home’s security.

Although 2021 may turn out to be an exceptional year for natural disasters and rising inflation, it could be some time before homeowners insurance premiums moderate.

“I think [homeowners insurance premiums] need to go up at a faster pace than this in the future because of climate risk as well as inflationary pressures on repair costs,” Porfilio said. “The reality is we should all expect them to go up because costs do generally increase, and all of our insurance policies are reflecting cost. So it is a question of relative magnitude. I do believe, and we’ve got ample data that shows, that rates should be going up more than they have been. I think there is a bit of catching up to do.” 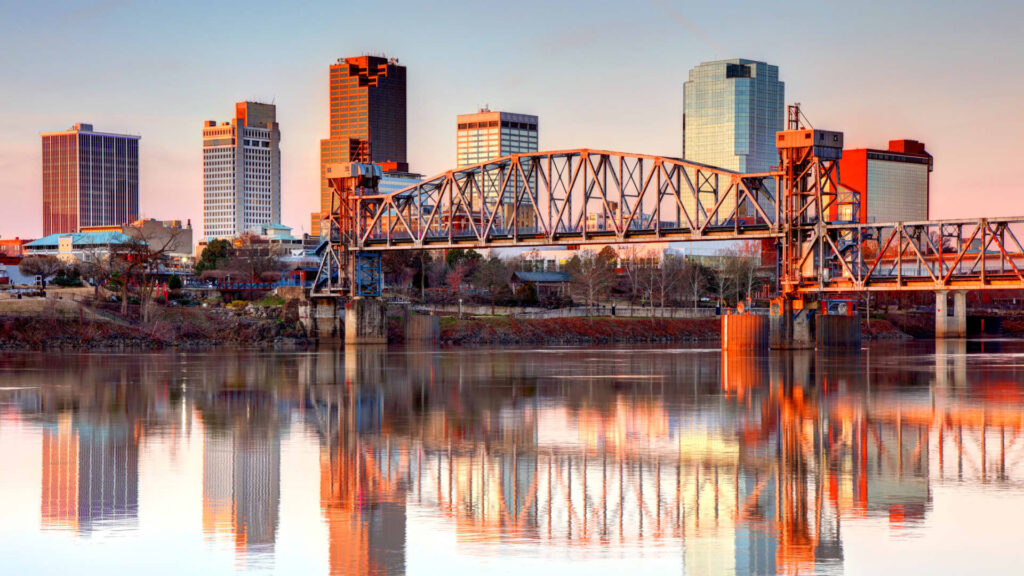 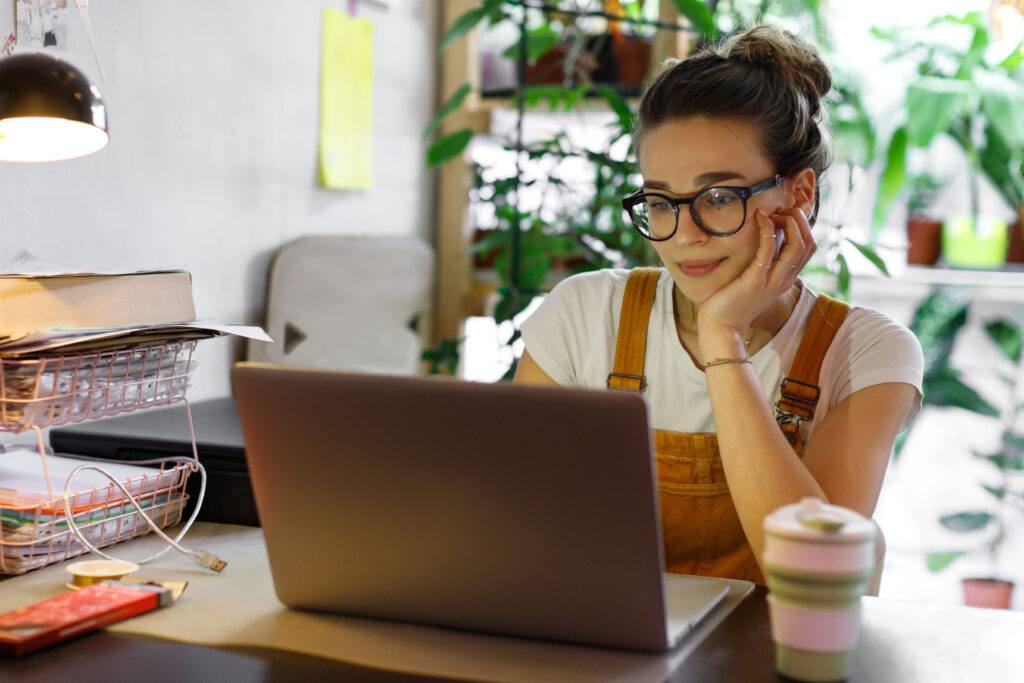