“Year after year Connecticut Republicans offer comprehensive plans to bring down the costs of health care and provide real health insurance premium relief. And year after year CT Democrats refuse to act. We absolutely need accessible public hearings on these rate increases, but more than that we need action. Families are already being crushed by historic inflation, tax increases, and a state that is growing more unaffordable by the day. Affordability is a crisis in our state, and Democrats are blocking relief – whether it be at the grocery store or at your doctor’s office.

“This year, Senate Republicans once again proposed a plan to rein in out-of-control health care costs. Access Health CT’s own estimates show our plan reduces premiums by $6,475 per year, or $540 per month for the average family. But leading Democrats on the state’s Insurance Committee refused to even hold a vote on that plan. In fact, they outright admit to blocking this plan for affordable healthcare. The same Democratic lawmakers who say they are outraged today said there was no need for state action earlier this year because of federal subsidies. Now the subsidies are going away, and families are about to suffer because of their inaction,” said Kelly and Hwang.

Senator Kelly and Senator Hwang highlighted the filing summary for ConnectiCare Benefits plans which states, “The expanded subsidies under the American Rescue Plan Act put in place in 2021 are expected to go away in 2023. Less individual consumers will be qualified for Federal Advance Premium Tax Credits (APTC). We expect members to leave the individual ACA market who were previously insured, and those members are likely to be healthier than the population who will stay in the individual ACA market. As a result, we expect the average morbidity of the single risk pool to go up and therefore lead to an unfavorable impact on 2023 rates.”

Sens. Kelly and Hwang added, “Democrats in Connecticut continuously focus on expanding Medicaid as their solution to health care affordability. They prioritize expanding Medicaid, a lesser quality government-run system, instead of expanding access and increasing affordability of high quality care for all people. And their actions expanding government Medicaid actually drive up the costs of health care even further for everyone else who has private health insurance. Democrats are literally underwriting the cost of Medicaid by increasing the cost of private insurance,” said Kelly and Hwang.

Sen. Kelly and Sen. Hwang pointed to the Oxford Health Insurance filing summary which attributes rising costs in part to “Cost shifting from the public sector to the private sector – Reimbursements from the Center for Medicare and Medicaid Services (CMS) to hospitals do not generally cover all the cost of care. The cost difference is being shifted to private health plans. Hospitals typically make up this reimbursement shortfall by charging private health plans more.”

“Democrats passed the Affordable Care Act promising affordable, accessible, quality health care. Here we are a decade later and that promise has never been fulfilled,” said Kelly and Hwang. 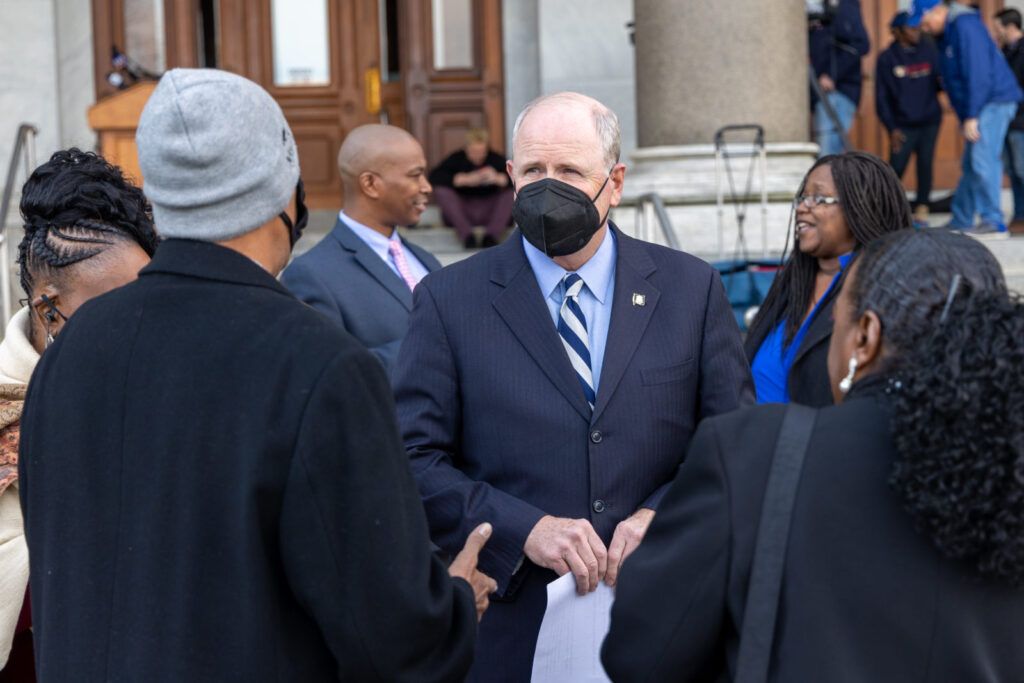