“The most important thing to know about healthcare sharing ministries isn’t just that they can be cheaper than health insurance, which they can,” Oliver explained. “It’s that they are also not health insurance. Generally they are nonprofits where people who share religious beliefs, usually Christianity, agree to help cover each other’s medical bills.”

Healthcare sharing ministries have existed for decades, usually for insular communities such as Mennonites or the Amish. But their popularity exploded after 2010, when the Affordable Care Act, popularly known as Obamacare, included ministries as an exemption from the law’s insurance mandate. Some healthcare sharing ministries, such as Liberty Healthshare, advertise specifically to conservative audiences who loathe the law, with ads on right-wing fringe networks and at the Conservative Political Action Conference.

At their best, healthcare sharing ministries can offer heartwarming stories of generosity and communal care. “People actually looking out for each other does sound better than our current system, which is: get sick, have insurance decline coverage, then hope Debra Messing retweets your GoFundMe,” Oliver quipped. “And it does feel more personal sending $500 a month to a stranger in need than to an [insurance] company that sounds like someone made up a word after getting a shitty Scrabble hand,” like mega-providers Aetna, Cigna or Humana.

But there are “significant drawbacks” to healthcare sharing ministries, Oliver continued, ranging from “the disquieting to the disqualifying”.

Following the Obamacare exemptions, the number of people relying on healthcare sharing ministries to pay for medical costs exploded from 200,000 members to over a million today. “And while HCSMs will insist that they make it abundantly clear that they are not health insurance, many do seem to go out of their way to make themselves appear as insurance-like as possible.”

As the ministries don’t actually provide insurance, they don’t have to abide by government regulations, and thus can decline coverage for pre-existing conditions or essential services such as treatment for substance abuse or mental healthcare.

Most crucially, they can decline coverage based on morality criteria, “which mean you can be denied coverage for basically anything,” Oliver explained. Many HCSMs will not pay for healthcare for complications from smoking and will deny LGBTQ members. Liberty Healthshare’s guidelines state that an applicant “must comply … with a Christian lifestyle.”

As for a guarantee of actually paying the bills, Oliver pointed to a video of Liberty CEO Dale Bellis called “Will My Bills Be Paid?” in which he reassures: “It doesn’t depend on a written contract where we can sue each other if someone doesn’t send their share amount; it’s really a contract written on our hearts.”

“Oh, right, it’s a contract written on your hearts,” Oliver deadpanned. “Figuratively, of course, because literally it’s not a contract. And as for his claim there that Liberty successfully shared 100% of medical bills for ‘every eligible need,’ given that, as we’ve discussed, they can deem any need ineligible for any reason, that phrase is essentially as meaningless as their cardiac non-contract.

“And on top of all of this, there is the practical matter of how exactly you pay for your care as a member,” he continued, especially as members count on HCSMs to reimburse after they pay the cost upfront. “And if you have ever waited for your friends to Venmo you after paying for dinner,” Oliver said, “you know that the reimbursement process can go very wrong”.

“Look, broadly, we have to do more in this country to reduce the cost of healthcare,” Oliver later added, and though he’d advocate for a single-payer system, “that clearly isn’t happening any time soon. So, in the meantime, I do get the appeal of lower-cost health insurance. The problem is, this isn’t that – it’s not insurance at all. And states need at the very least to pass laws that make sure people know what they’re getting into with HCSMs and to force them to allocate funds properly.”

But some states are going in the opposite direction, such as Florida, which in 2018 loosened its restrictions on HCSMs from requiring that participants be members of the same religion to requiring that they “share a common set of ethical or religious beliefs”.

“That could be basically anything,” Oliver said. “At this point, the bar to entry is so low just about anyone could become an HCSM. And the reason I know that is,” he added, pointing to himself, “this anyone did”.

Three months ago, he explained, Last Week Tonight launched its own church “Our Lady of Perpetual Health,” a spin-off from the show’s “Our Lady of Perpetual Exemption” faux-church founded in 2015 as a satire of tax exemptions for churches. The Florida-based joke church now has its own healthcare sharing ministry, Johnnycare, whose founding “was scarily easy to do.”

Nevertheless, Oliver pitched the ministry to viewers, with an offer to go to www.freedomfromhealthcare.org and “see if you qualify to send us money and get almost nothing in return”.

“As close to nothing as we could away with,” said former SNL cast member Rachel Dratch as its fake pastor, Wanda Jo.

“And to be clear,” Oliver added: “We should not be able to get away with any of this.” 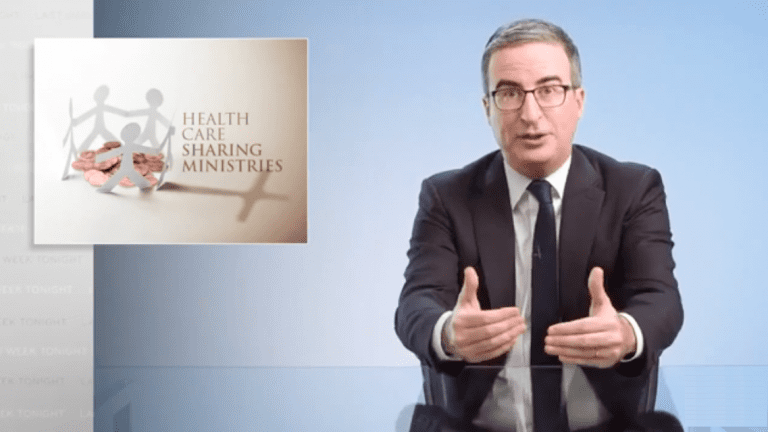 As we’ve noted so many times on this site before, there are Christian “health insurance” companies that only the most devout believers can buy into.… 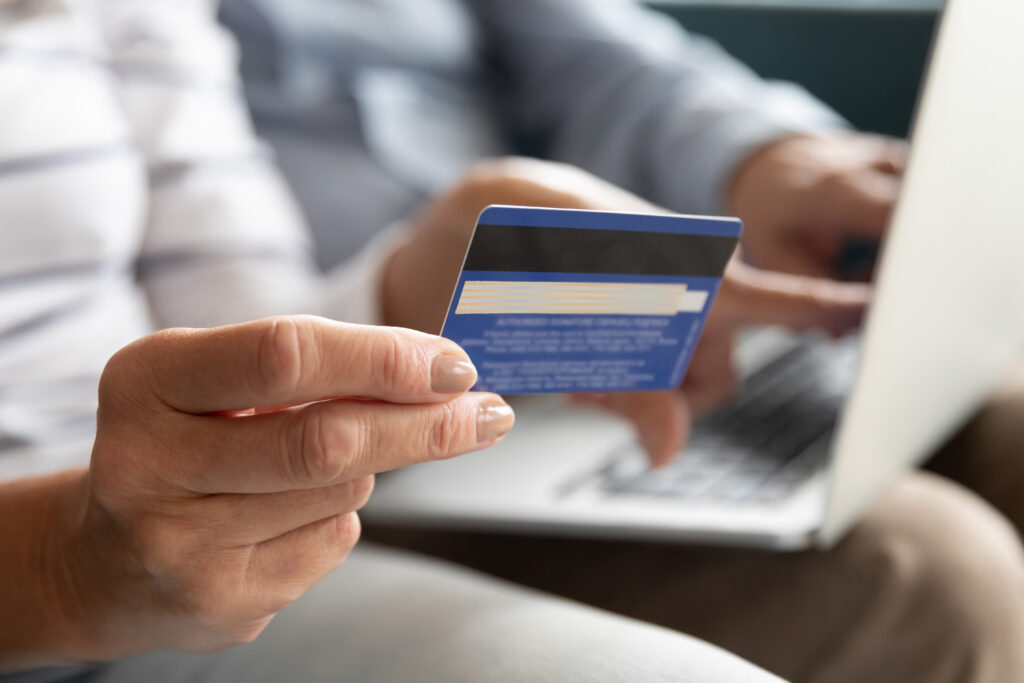 It took nearly a year for Kelly Macauley to realize the health plan she bought while shopping for insurance coverage last October was not, in…