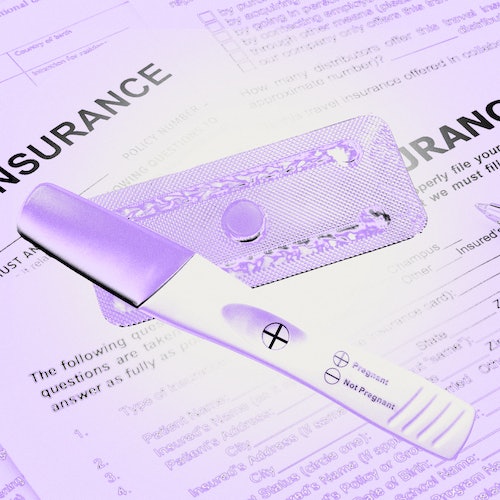 Deciding to terminate your pregnancy can be tough enough. Navigating a complicated health care system makes it worse — especially if you’re on your parents’ health insurance plan. The good news is that you don’t have to figure it out alone. There’s help out there thanks to organizations and services designed to support your access to reproductive healthcare. We spoke to Elizabeth Nash, State Policy Analyst at the Guttmacher Institute, an organization dedicated to pro-choice reproductive and sexual health, who broke down the intricacies of health insurance as it relates to abortion.

Is it possible to get an abortion without your parents’ knowledge if you’re on their health insurance plan? In short, yes, but only in certain circumstances. Depending on your age, which state you live in, your parents’ health insurance plan, the details vary. If using insurance isn’t possible for you and you need help paying out of pocket, there are resources available to you. Here’s what you need to know.

An abortion clinic should be your first point of contact in this process. As the name suggests, they perform abortions, but their help doesn’t stop there. Get an appointment as soon as you can, because they’re also a free resource for walking you through how local abortion laws and your specific insurance situation fit together.

If you’re under 18, they’ll also be able to tell you if you need parental involvement in order to get an abortion. As of January 2022, 38 states require minors to notify or get consent from at least one parent or guardian. However, in many of those states, minors can involve another adult relative, or a judge can grant a waiver of parental involvement.

Abortion clinics, it’s important to note, are different from pregnancy crisis centers; the latter are pro-life and anti-abortion.

Look At Insurance Policies In Your State 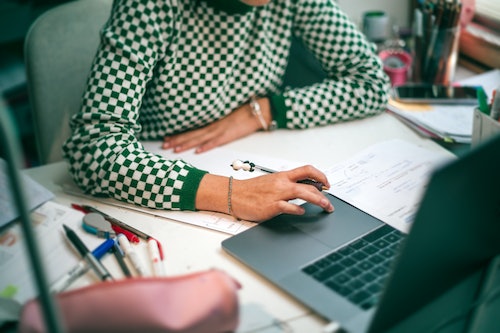 If you’re seeking an abortion and are on your parents’ insurance, it’s important first to understand how insurance policies work in your state. Depending on where you live, abortion can either be covered by health insurance, covered only in certain situations, or not covered at all.

As of January 2022, only six states explicitly require abortion to be covered by private health insurance, and they’re the states you might expect: California, Illinois, Maine, New York, Oregon, and Washington. Beyond that, according to the Guttmacher Institute, there are a range of restrictions in other states from outright bans to a list of exceptions. There’s a full explanation of this on their website, with a full list of states and restrictions or lack thereof. Take a look to see what the situation is in your state.

If Your Abortion Can Be Covered By Insurance…

If you’re in a state where abortion is either covered totally by insurance or in certain cases that apply to you, the next step is understanding how that affects you if you are on your parents’ insurance. If you aren’t the policy holder, it’s important to know that “typically there’s some kind paperwork that is sent to the policy holder after every appointment or after every treatment and procedure,” Nash says. This is done primarily as an anti-fraud measure. “If you use your health plan to pay for an abortion then it’s very likely, because nearly every state has these anti-fraud measures, that an explanation of benefits will go to the policy holder,” she continues.

However, Nash adds that some states have added confidentiality protections to their explanations of benefits (aka EOBs). “These measures are put in place so that the enrollee [(you)] can say to the health plan, ‘Look, can you send the EOB to me directly either at another address or a different email?’ … The idea is that if this is an anti-fraud measure, then you just need somebody to see the explanation of benefits and confirm that indeed these services were provided.” In other words, someone needs to receive the paperwork — it just might not necessarily need to be your parents or guardians.

As of January 2022, 14 states protect dependents (i.e. people who depend on their parents’ or guardians’ plans): four in regard to EOBs as they pertain to the patient as opposed to the policy holder, six for confidential communication by request if you are insured as a dependent, and four as confidentiality relates to sexually transmitted infection (STI) testing.

If your insurance covers abortion, it will cover almost everything, Nash says. If there is a co-pay, it might end up being the same cost as a specialist, Nash says, so approximately $45 instead of $25 or $30.

This can feel like a lot of information to have to navigate on your own, and unfortunately it’s by design. But abortion clinics are here to help you figure all of it out. They will help you ask for confidential communication if necessary, and they will also help you figure out what you’ll have to pay if necessary. 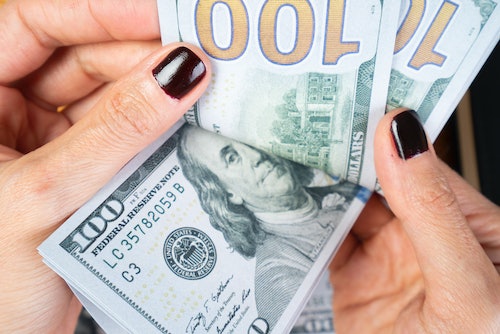 The cost of an abortion varies depending on which type you choose (medication or an in-clinic procedure) and how far along you are. Per the Guttmacher Institute, an abortion at nine or 10 weeks will cost about $500 – $550. According to Planned Parenthood, costs can sometimes run as high as $1,500. If you can’t afford the abortion, however, there’s still help in sight.

“The abortion clinic may have some funds set aside to help pay for abortions, [or] be able to adjust the price a little bit,” Nash says. “There may be an abortion fund near you or several abortion funds near you.”

Abortion funds are designed to help people pay for abortions, but some can also help with transportation to and from clinics, sometimes even places to stay, and more. “Essentially you [or the abortion clinic] contact the fund and they will help you pay for the abortion by giving you money [and] by also helping you figure out what resources you have to pay for the abortion,” Nash says. The National Network of Abortion Funds is a great resource for organizations and funds near you, but your abortion clinic will also be able to help you find resources like these if need be.

“Typically abortion clinics have connections to all of these groups so they can help facilitate this back and forth. They can help connect you to another abortion fund or another group to help figure this out,” Nash says. However, it’s important to note that “oftentimes [funds] cannot cover the whole cost of the abortion. There’s a lot of demand and as much as people are donating to abortion funds, demand is high.”

Ultimately, know you’re not alone in being scared or frustrated, and there are so many different kinds of resources available to help you navigate this process. These resources know, too, that your health, safety, and ability to choose for yourself are most important. 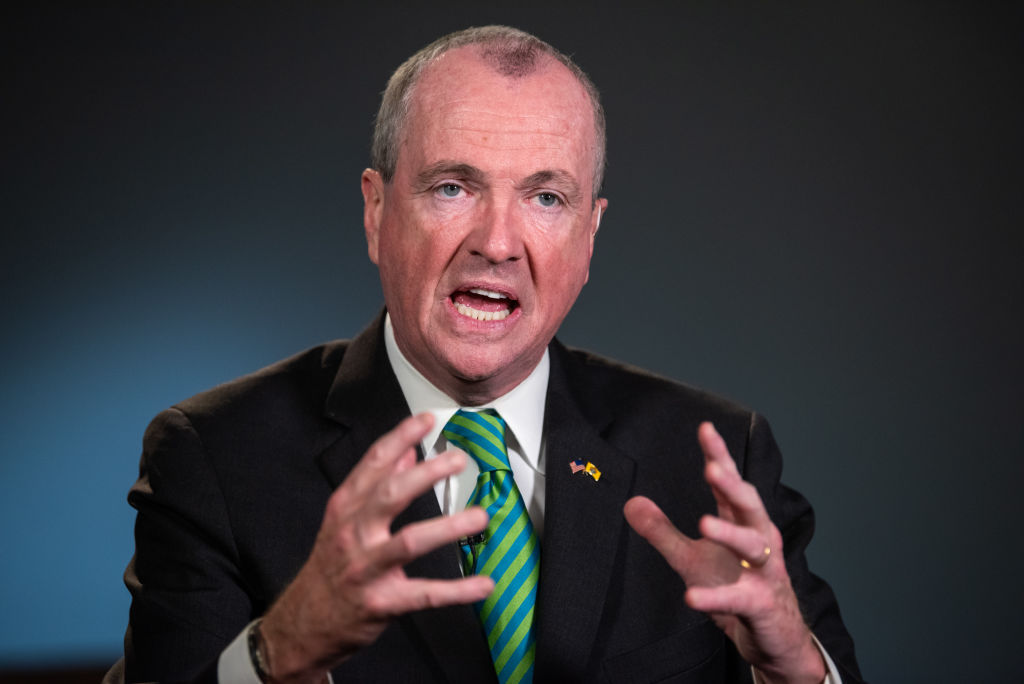 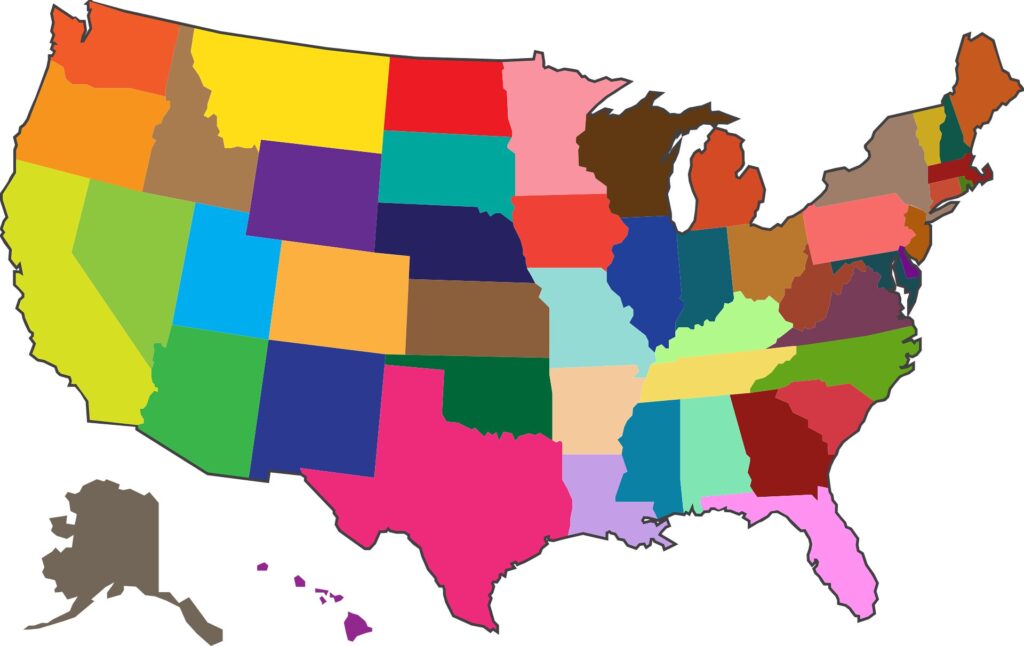