When non-QM lender Sprout Mortgage abruptly shut down on July 6, more than 300 workers expected their last paychecks to be delivered the following day as scheduled. They also expected Sprout to offer severance packages to cushion the blow.

A week after shutting down, Sprout cut off health insurance retroactive to May 1, despite collecting insurance premiums from employees’ paychecks, according to multiple former employees and documents reviewed by HousingWire.

Some former employees, without a job and at risk of having to pay tens of thousands of dollars in medical bills, filed complaints with the New York State Attorney General’s office.

The Long Island-based lender, headed by industry veteran Michael Strauss, shut down suddenly after a deal for funding fell through, sources told HousingWire. Sprout, like many lenders, had been hemorrhaging money after a sharp rise in mortgage rates saddled it with tens of millions of dollars in loans it couldn’t sell to investors in the secondary market at par.

“Sprout collected money from our paychecks to pay the health insurance premiums in May and June, but we were told we don’t have the coverage for this period,” said a former employee who requested anonymity.

If the last 24 months have taught us anything, it’s that to thrive during chaos lenders must have the ability to adapt seamlessly and without friction. Download this white paper to discover how to exploit the current crisis and reposition for long-term success.

He added: “When you have a family of four and the insurance company tells you might have to pay back everything because you didn’t have coverage at the time of services, it’s a huge deal.”

HousingWire reviewed multiple former employees’ paychecks – for May 6, May 23, June 7 and June 22 – to confirm they paid health insurance premiums.

“I called Empire Blue Cross Blue Shield and they said they received an email from Sprout on July 12 saying that the benefits would be discontinued retroactively to May 1,” another former employee told HousingWire.

She added: “That’s when I felt it went above business practices and more of a Ponzi scheme. The decision to close the business is one thing, but going ahead and actively ending their medical benefits for two months is horrible. It’s a blatant disregard for people.”

A spokesperson for Sprout did not immediately respond to a request for comment. Strauss, who sources said has holed up with about a dozen workers since the closure, couldn’t be reached for comment.

A longtime fixture in the mortgage industry, Strauss has been accused of improper shutdowns before. In 2009, he paid $2.5 million to the Securities and Exchange Commission to settle charges of accounting fraud and concealing deteriorating finances at American Home Mortgage Investment Corp. as the subprime crisis struck in 2007.

Strauss and other senior executives “did not just occupy a front row seat to the mortgage meltdown — they were part of the show,” Robert Khuzami, the then-director of the SEC’s Division of Enforcement, said in 2009. “As the housing market imploded, these executives kept secret that the company’s holdings were collapsing like a house of cards.”

Strauss was banned from serving as an officer or director of a public company for five years. He founded Sprout in 2015.

Two weeks after the shutdown, former workers at Sprout are still seeking answers. To date, they say they haven’t received specific, actionable information on how to get paid or cover health care costs.

“We understand that you may have concerns regarding pay and insurance coverage. Sprout is committed to working on a solution to address these issues and, hopefully, alleviate the concerns,” Rebecca Yoselowitz, who leads human resources for Sprout, wrote in a July 13 email to select former employees.

Some former employees said they now are stuck with as much as $50,000 in bills for medical exams, doctors’ appointments, prescriptions and surgeries.

“I called Empire Blue Cross Blue Shield and they said there will be an audit done, and the claims will be overturned: it means I will be responsible for the entire amount because the insurance is no longer effective for the period,” a third former employee said.

The closure of Sprout was swift and unexpected, even though it came on the heels of another non-QM lender – First Guaranty Mortgage Corporation – also closing. On the afternoon of July 6, Sprout president Shea Pallante told more than 300 workers in a conference call that the company was closing that day. Employees were quickly locked out of their systems, several sources said.

Two days after it abruptly shut down its operations, the companybecame the target of a class-action-seeking lawsuit. Two former employees are suing Sprout, its affiliated company Recovco Mortgage Management LLC, and Strauss, alleging they laid off around 100 employees at the New York office without giving legally required written notice and failed to pay their paychecks due the following day.

The post Ex-Sprout employees: no paychecks, no severance and now, no health insurance    appeared first on HousingWire.

NORTH TEXAS (CBSDFW.COM/AP) — There will soon be big changes in the paychecks of some airline employees if they are not vaccinated against COVID-19. On… 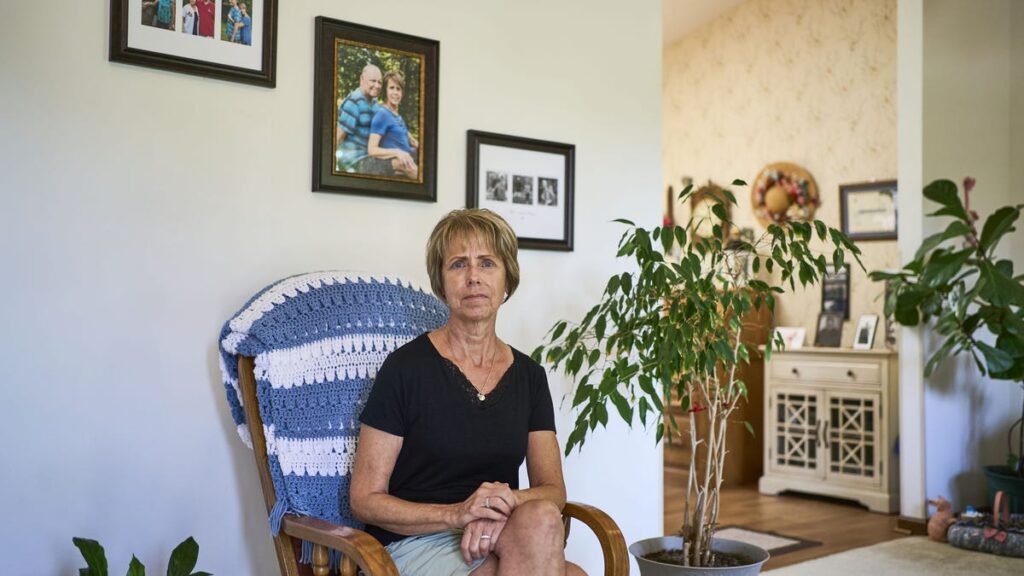