Join thousands of others and get the latest Scottish crime and courts news sent straight to your inbox with our daily Criminal Record newsletter.

When you subscribe we will use the information you provide to send you these newsletters. Your information will be used in accordance with ourPrivacy Notice.
Thank you for subscribingWe have more newslettersShow meSee ourprivacy notice

A fundraiser has been launched for a devastated Scots widow who has lost everything after a fierce blaze engulfed her family home.

Jill Davies was forced to watch as the fire took hold of the bungalow she once shared with late husband Steve, 49, who tragically passed away in 2017.

The 51-year-old was at home with her son Murray, 21, her new partner, his father and the family dog Skye when a fire was started in a nearby park in Ashgill on Sunday afternoon. The flames quickly spread and set her house alight leaving Jill unable to do anything but look on as all her treasured memories were destroyed.

In another heartbreaking twist, Jill, who works for South Lanarkshire Council, then discovered her home insurance had lapsed meaning the property is not covered.

Friends and family have rallied around the mum-of-three in a bid to raise funds to help cover the extensive rebuild costs. So far over £10,000 has been raised.

Daughter-in-law Lynsey Davies said: “It’s just absolutely devastating especially when it’s not something that has been like an accidental house fire. It just makes it so much harder to take.

“It was Sunday afternoon, just after 4pm, when my husband Shane and I got a phone call from a family friend that’s also a neighbour of his mum.

“She told us that the house was on fire and that everybody had got out safe but it was really quite bad so we should get there as soon as possible.

“When the fire service got there, there was a fire hydrant across from the house but it was locked and they couldn’t get access to it. “The same happened with a couple of others so they had to go round to another street to access it before calling for more fire appliances because they had to daisy chain the appliances.

“So it was about an hour before they were able to get any water on the house by which point the fire was well developed.

“All Murray had on him was a hoodie, a pair of jogging bottoms and a pair of odd socks – that’s all he’s got left. His mum had her phone on her but that was it.”

Lynsey told how the family had struggled to cope following the death of Steve who passed away suddenly in hospital while being treated for a blood clot.

The couple had met when they were teenagers and had a long, happy marriage despite losing their son Christopher at just 19 days old in 1991.

Lynsey added: “Jill’s husband Steve passed away in August 2017 and she has just had such a tough time of it over the years. “We don’t know what happened in terms of the house insurance but we’ve since discovered that it wasn’t renewed so they’re not covered.

“It’s just been a really unfortunate oversight with devastating consequences. So now we’re just trying to raise as much money as possible to support them in terms of basic necessities.

“We do hope to raise enough to help cover the costs of rebuilding because the damage is so bad that it will be a case of demolish and start again.

“This was the family home and there’s all these sentimental memories of Steve attached to it.

“When Steve passed away, he left some life insurance money and most of that was spent on doing up the house. Jill was just starting to get her life back.

“She’d met someone in the last year and was really happy but it seems that just as soon as she gets a bit of joy in her life, it comes back round and smacks her back down. “Jill has had the poorest run of luck going. I just don’t understand how all this can happen to one person – is just so cruel.

“We’ve got through worse so we will get through this but it’s just going to take a bit of time and just have to rely on the kindness of strangers during a really difficult time.

She added: “I can’t praise how good the local community has been so far. The neighbours have shown such concern and have gone out of their way to be helpful.”

A police investigation into the cause of the fire remains ongoing however and while officers do not believe the house was targeted, they fear it was deliberately started nearby. A force spokesperson said: “Around 5.10 pm on Sunday, 18 April, 2021, police were called to a report of a fire at a house in Nursery Drive, Ashgill, Larkhall. On arrival, the house was well ablaze.

“The fire was extinguished and there has been extensive damage to the premises. Four people within were not injured and did not require hospital treatment.

A Scottish Fire and Rescue Service spokesperson said: “We were alerted at 4.02pm on Sunday, April 18, to reports of a detached bungalow on fire at Nursery Road, Ashgill, Lanarkshire.

“Operations Control mobilised four appliances to the scene and firefighters extinguished the fire.

“Two casualties were passed into the care of the Scottish Ambulance Service and crews left the scene after ensuring the area was made safe.”

Don’t miss the latest news from around Scotland and beyond – Sign up to our daily newsletter here . 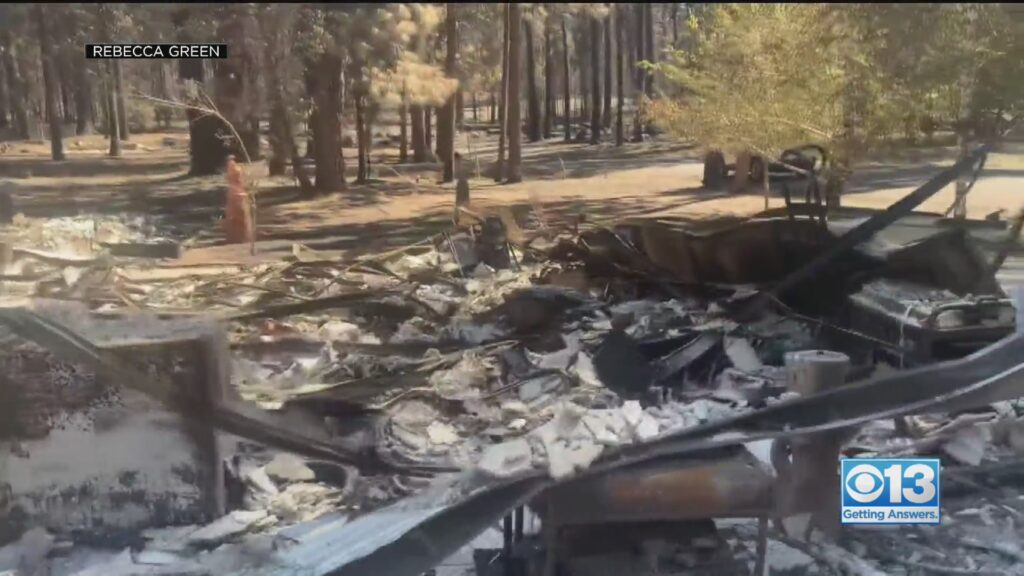