Most health care economists in the U. S. have accepted a conventional theory of health insurance for more than 40 years that assumes that insured people will overuse health care because they have insurance. Based on that assumption, higher cost sharing will save money for the insurance companies. We now have enough experience with it, however, to know that it also fails to contain increasing costs of health care, and instead erects barriers to access. At the same time, it remains a bonanza for insurers while avoiding serious concerns within the health policy community.

This commentary briefly reviews the experience with cost sharing in the U. S., summarizes its adverse impacts, discusses winners and losers from this approach to health care financing, and lists advantages of its being replaced by single-payer financing.

The conventional theory of health insurance has been built on the concept of “moral hazard,” whereby those with insurance are expected to overuse health care services and lead to uncontrolled increases in health care costs. As health care inflation has continued as a major problem in recent decades, however, it is remarkable that this theory has not been seriously challenged in most circles. Some economists have even suggested that high health care prices can be good since they reduce moral hazard.1

An early exception to acceptance of a moral hazard-based view of health insurance, however, was advanced in 2003 by John Nyman, health economist and Professor of Public Health at the University of Minnesota. With The Theory of Demand for Health Insurance, he called for replacing the previously unexamined axiom of risk avoidance with the axiom of welfare maximization. He further proposed that insurance-induced utilization of health care should be viewed as an increase in social welfare.2 In a rare article ten years later supporting Nyman’s re-formulation of moral hazard related to health insurance, economists Sander Kelman and Albert Woodward noted that “Despite its evident validity and enormous implications, Nyman’s work has received very little attention or recognition in the health economics literature.”3

Despite those rare exceptions to the common “wisdom” of health insurance, however, cost-sharing has continued to the present day in most insurance offerings, especially in the form of higher deductibles and copayments, negatively impacting both private insurance as well as privatized public programs. The continuing mantra underlying this approach is that patients will be more judicious in their use of health care if they have “more skin in the game” through cost-sharing at the point of service.

The Case Against Cost-Sharing in Health Care

This approach can be disproven by experience over past years for these kinds of reasons:

THAN WORKERS’ WAGES OVER PAST DECADE

Dr. Veena Shankaran of the Hutchinson Cancer Research Center in Seattle sums up the financial barriers to access to care in these words:

High-deductible plans are really the epitome of the access to care problem. People don’t have the liquid cash to meet the deductible, so you see delays in care or even avoiding treatment altogether.11

Winners and Losers with Cost Sharing

As private health insurers consolidate and gain market share without significant oversight or regulation by government, the insurance industry continues to prosper by avoiding higher risk enrollees, increasing premiums without restraint, narrowing their networks, denying services, and exiting markets when not sufficiently profitable.

Overpayments are widespread and increasing in both privatized Medicare and Medicaid plans, more than doubling from $92 billion in 2010 to $360 billion in 2016.14 Insurers typically increase their revenues from Medicare Advantage by up-coding diagnoses, thereby exaggerating how sick their enrollees are, then claiming payment for conditions for which no care was provided.15Overpayments to private Medicaid managed care plans are common in more than 30 states, often involving unnecessary and duplicative payments to providers.16

Patients, families and taxpayers are the big losers in our present financing system for health care. In the most expensive health care system in the world, the U. S. rations care based on ability to pay. The fact that so many Americans cannot afford care is a principal reason that we compare so poorly with other advanced nations in terms of access, quality and outcomes of care, as documented by the periodic studies by the Commonwealth Fund of health care in 11 advanced countries.17 A recent national study by Gallup and West Health, a non-profit organization, found that 58 million adults reported their inability to pay for needed drugs or medicine prescribed by their physicians. It also found that 34 million adults know someone who has died after not getting necessary care because of its unaffordability.18

Taxpayers lose because of the expensive and wasteful bureaucracies established by insurers to deny care, in both private and privatized public plans, that we get to pay for. It is not well known that the private health insurance industry has received continuous federal subsidies for many years averaging $685 billion a year.20

How Single-Payer Medicare for All Can Reform Health Care Financing

As other advanced nations found many years ago, a national system of health insurance will redress the problems listed above while providing universal coverage for all Americans without rationing by inability to pay for care. These advantages can be obtained by replacing our current, multi-payer financing system with a not-for-profit single-payer system:

physicians, other health professionals, and hospitals anywhere in the country.

and no need for pre-authorizations of services.

Given the above evidence and experience-based facts with the results from a for-profit, corporatized multi-payer financing system feeding at the trough of federal funding while compromising the health of our population, isn’t it time to adopt a not-for-profit single-payer system directed to the common good?

When you buy a car, you probably think first about price — your monthly payment. But other expenses — like auto insurance, gas, and maintenance… 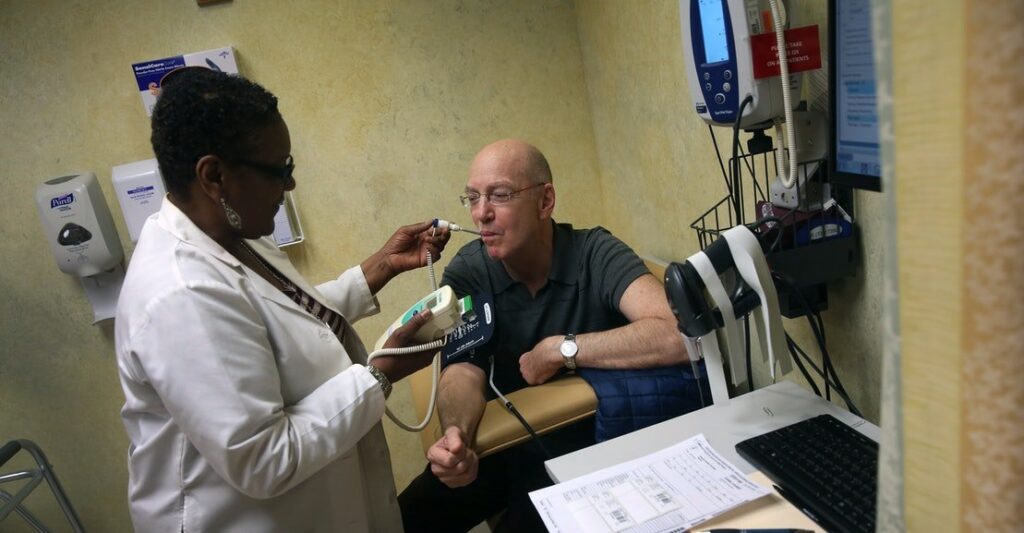 A few weeks back, I had the opportunity to teach a course on pathways to universal healthcare in the United States. To be clear, I…