SH: It was so hard for me to even understand what was going on. They showed up at my house not immediately [after the video], and they were like, “Do you know why we’re here?” I was like, “I mean, I can imagine, but I don’t really know what I did wrong.” I thought maybe it was a trespassing thing, but I paid for a parking ticket to be in that lot. So I was like, “I don’t really know what I did wrong.” But someone had called in a wellness check because they thought that I was a danger to myself.

You know, it was very interesting. I was playing with putting this in the video, but it’s actually way too complicated — I don’t have a concise way of explaining it. But what the cop was telling me was that if I were to harm myself, [the insurance company] could be liable because they had evidence that I was, you know, acting erratically. They were basically covering their own ass by calling the cops on me. It was just insane.

TV: So rather than covering your actual illness, which would help your overall “wellness…”

SH: Exactly. You’re not going to cover the procedure that’s making me feel this way, but you’ll call the cops on me just to make sure you can’t get in trouble. Basically the cops were like, “We might place you under an involuntary 72-hour psychiatric hold. And I was just like, “Are you kidding me?” I’m frantically explaining to them, “Sorry, have you heard of the Eric Andre Show? I’ve worked on the Eric Andre Show.” I’m trying so hard to be like, “I actually have credentials to act erratic in public.” I was on Zoom at work at the time and I was like, “There’s my boss. He can explain to you that I’m a comedian.”

I had to wait for an hour and a half for them to send a social worker to come evaluate me. Like, just send her first, not the men with guns. Then she came and she immediately was like, “She’s fine.” But it was just wild.

TV: It sounds like you’ve been dealing with insurance companies for a long time.

SH: I’ve had health issues since I was a kid, and my parents were the ones that really took care of it when I was younger. I have an autoimmune disease that I’ve had since I was a kid. The gastroparesis is more recent, in the last three years; but with the autoimmune thing, it took years and years to diagnose, which required years and years of testing and MRIs and things like that.

I remember receiving denial letters when I was younger, and my dad getting really mad and being on the phone with the insurance companies. But it wasn’t something that I personally had to deal with.

I remember I had to get a lot of MRIs and they kept denying them. I was very confused because I was like, “Why would I be doing this for fun?” And he said, “Yeah, basically, they just don’t want to pay for it. They thought you’ve had enough.” Which is just ridiculous.

Then as I’ve gotten older and now have to deal with this on my own, yeah, I just really get frustrated. Both my parents are doctors, so that has been extremely helpful in a way that also exposes, to me, the way that the health care system is just kind of ridiculous. Because there would be times when they would say, “We can’t fit you in for this test for months,” and then my dad would just call someone and they’d go, ”Oh, we’ll fit you in next week.”

TV: You sound like you’re pretty over our health care system.

SH: I also just think the concept of insurance is completely ridiculous and cruel. Do you know about the website GoodRX? Like, how does that work? I am on a medication called Zofran, which is for nausea. I take it three times a day. My insurance will only pay for 18 [pills] a month, so that would cover me for six days for the month. And it’s pretty expensive otherwise. If you go on GoodRX and look at a 90-day supply of this medicine — which is usually how I get it, just so I have a big stack of it — if you go to [one pharmacy], it’s [hundreds]; if you go to [another] it’s $1,000; if you go to [a third], it’s $30. What is going on here? Why can it be $30 here and $1,000 at this other place? And it’s more expensive through the insurance that I pay for!

This random website, [GoodRX], that I don’t know how it works, is doing more for me than the insurance company that I pay. Every single time I use it, I ask the pharmacist, “How does this work?” They always say, “We have no idea.” I just think it’s really insane, and insurance shouldn’t exist.

TV: Do you have a stance on what kind of health care system we should have?

SH: There just needs to be public health care. I think that private health care is f**king disgusting.

You know, I don’t want to just come out here and be like, “Rah, rah, this, this, this!” But this was f**king disgusting, and it’s cruel.

The CEO of Anthem makes $19 million a year [Editor’s note: This was the CEO’s compensation in 2021]. I have a pitch: What if we give $18 million of that to health care? She could still have a million. I’m not being unreasonable. It’s crazy that we don’t just directly pay the doctors, that [insurance companies] invented a way to make us pay them, and then have them just not cover anything?

I think it’s disgusting. It’s simply disgusting. It makes me so angry and upset, and every time I have a phone call with either my insurance or the hospital, I literally have to do a meditation before I call them, because I know I’m going to wind up crying after. I have basically been preparing myself before every phone call because I always end up crying because I just feel like nobody wants to help me at all. 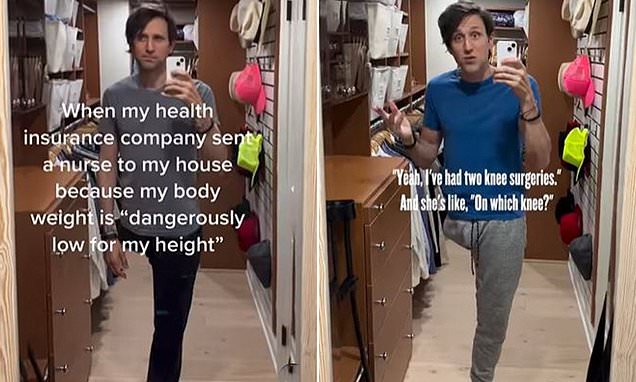 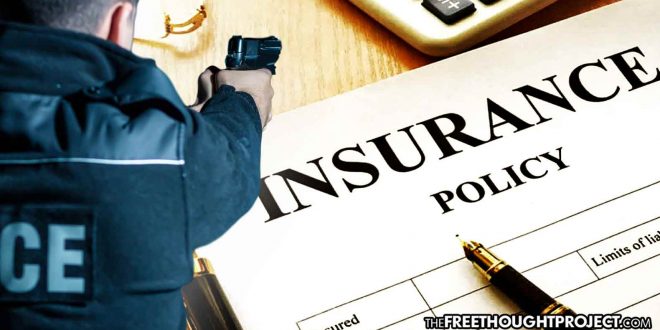 Since the George Floyd protests began last May, they morphed into a much broader movement that began exposing a problem this country has suffered from…