A British student who was paralysed after a 2,000lb bison gored her and tossed her 15ft in the air may be left stranded in the US after her health insurance said it will withdraw support.

Amelia Dean – known as Mia – was travelling in South Dakota during a gap year road trip when the beast tore the femoral artery in her left thigh during the shocking attack on June 16.

While she was fighting for her life in hospital, her parents Matthew and Jacqueline launched a GoFundMe to raise £140,000 ($171,000) to transfer their daughter to the Mayo Clinic in Rochester, Minnesota.

They had hoped to raise enough money for the extensive, specialist treatment the 19-year-old required in the US after her insurance provider only funded Mia’s initial care.

However, shocking healthcare insurance rules mean Mia and her family have been faced with a grim decision after her provider let them know they plan to withdraw support.

‘The insurance company has given us an ultimatum: to fly Mia home by air ambulance this weekend, after which they will withdraw funding for her case,’ they wrote on her gofundme page.

The decision before the family is to either fly home to Brockham in Surrey on an insurance-funded air ambulance this weekend, with no doctors giving her the green light for such a journey.

Alternatively, she can stay in the US where she will receive ‘world-class specialist treatment in the peripheral nerve field’, but without health insurance and dependent upon donations to fund her care.

Amelia ‘Mia’ Dean, 19, from Brockham, Surrey, has been told by her health care insurer that she must fly home this weekend before they withdraw funding for her case

19-year-old Amelia ‘Mia’ Dean from Brockham, Surrey, is paralysed after a 2,000lb bison tore the femoral artery in her left thigh during a shocking attack in South Dakota

Although Miss Dean and her friend had spotted the animal (pictured) 100 feet away, she was ‘shocked into stillness’ as it charged towards her

For the family, the chances of their daughter, an avid dancer, of making a full recovery is greater in the US. But it hard to know if they will be able to raise the funds to cover her specialist care and the transport costs to bring her home afterwards.

Mia’s parents said the health insurance had already paid for the femoral artery bypass, but will not pay for the initial examination of her nerve injury by the specialist at the Mayo Clinic.

Mia was in critical condition as the bison completely severed her femoral artery and caused catastrophic damage to her tibial and peroneal nerves.

She has been under the American healthcare system since the attack on June 16.

Her parents said: ‘Since launching this fundraiser, Mia’s situation has changed and we have had to make some difficult decisions.

‘Our daughter’s health is our top priority and we want to get her home as safely as possible.

‘Now the insurance company has given us an ultimatum: to fly Mia home by air ambulance this weekend, after which they will withdraw funding for her case.’

Mia’s parents initially wanted the money to cover testing at a specialist clinic but have now discovered the air ambulance home will cost more than £100,000.

They are hoping to fly her back to the UK this weekend via air ambulance.

As Mia, from Brockham, Surrey, lay bleeding and injured at the 71,000 acre Custer State Park, the wild beast – one of 1,500 in the reserve – stood directly next to her head before her friend bravely led it away. Pictured after the attack

Amelia, 19, is pictured being taken away by an ambulance after the attack. Her parents are trying to raise £140,000 for her medical treatment in the US

Mis Dean and her friend encountered a lone 2,000Ib bison while walking a trail in Custer State Park in South Dakota (Pictured: file photo of a bison)

They added: ‘If we choose to stay in the US and follow this route we are then potentially left stranded.

‘With so many unknowns for her future treatment needs, we feel we have little choice but to cancel Mia’s appointments at the Mayo Clinic next week.

‘We may have to consider coming back to the Mayo Clinic, should it become necessary.

‘It’s gutting, but we have to do what is best for Mia’s recovery with so little hard information available.’

Mia will need complex nerve grafts and potentially a number of surgeries to help her recover.

She came face-to-face with the beast on a walking trail in Custer State Park on the second day of her road trip.

As the pair headed along the picturesque route with a dog, they noticed the large male bison blocking their path.

They skirted around the beast – which can weigh up to a whopping 2,000lb – while it grazed.

It initially seemed unfazed by the walkers before it stopped grazing to examine them. Suddenly, it charged at a terrified Mia.

She was ‘shocked into stillness’ before the beast surged its horn into her thigh and launched her 15 feet into the air.

The horn puncture was so severe that it punctured straight through her thigh and ‘came out the other end’.

Amelia’s parents, pictured, have made an appeal for their fundraising efforts: ‘Mia is English and while her travel insurance has paid so far for the femoral artery bypass, they are refusing to pay for even the initial examination by the specialist of her nerve injury’

Mia was then left battered and in agonising pain on the ground while the bison towered over her – one of 1,500 in the reserve – and stood directly next to her head before her friend bravely led it away and called for help.

Her wound was gushing with blood with an injury that usually kills within two and eight minutes, leading her parents to say she is lucky to be alive.

The horrifying ordeal only came to an end when Mia’s brave friend led the beast away and called for help.

Her parents said: ‘We are beyond fortunate that our daughter is still breathing, as she should have bled out in two to eight minutes after the severed artery and the ambulance didn’t arrive for 20 minutes.

‘It is a miracle that she is alive today. We believe that God put a veil of protection over Mia.’

Speaking from her hospital bed, she told KOTA TV: ‘I remember feeling the pressure on my hip, my hip being pushed back and I remember the sensation of flying in the air and going head over heels.

‘It’s a surreal enough experience let alone the fact that we weren’t doing anything that really warranted it. We were just having a walk in the park.’

‘It’s a miracle I even lived until the ambulance got there, let alone kept my life and my leg.

The keen dancer is now paralysed from the knee down and says she has ‘no movement’ in her foot.

‘I can’t walk without a walker or crutches. I can’t walk very far. About 20 metres and I’m done, for a long time.’

Miss Dean was on just the second day of her US trip when the attack occurred and she had been accepted on a course at the University of Edinburgh. 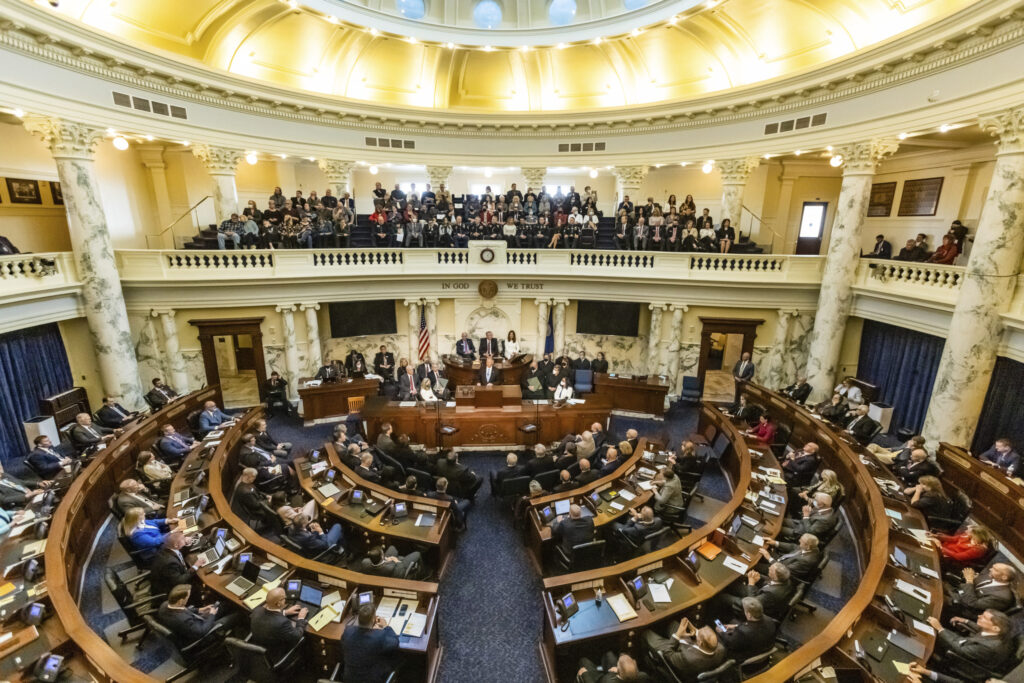 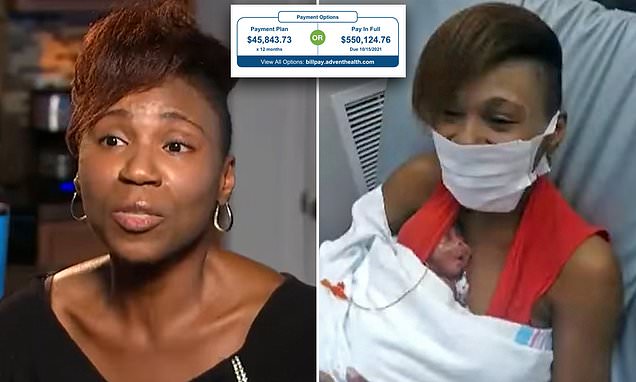 Bisi Bennett, 38, (pictured) of Orlando, Florida, received a shocking $550,134.76 hospital bill in the mail after her first-born son Dorian was born in November…